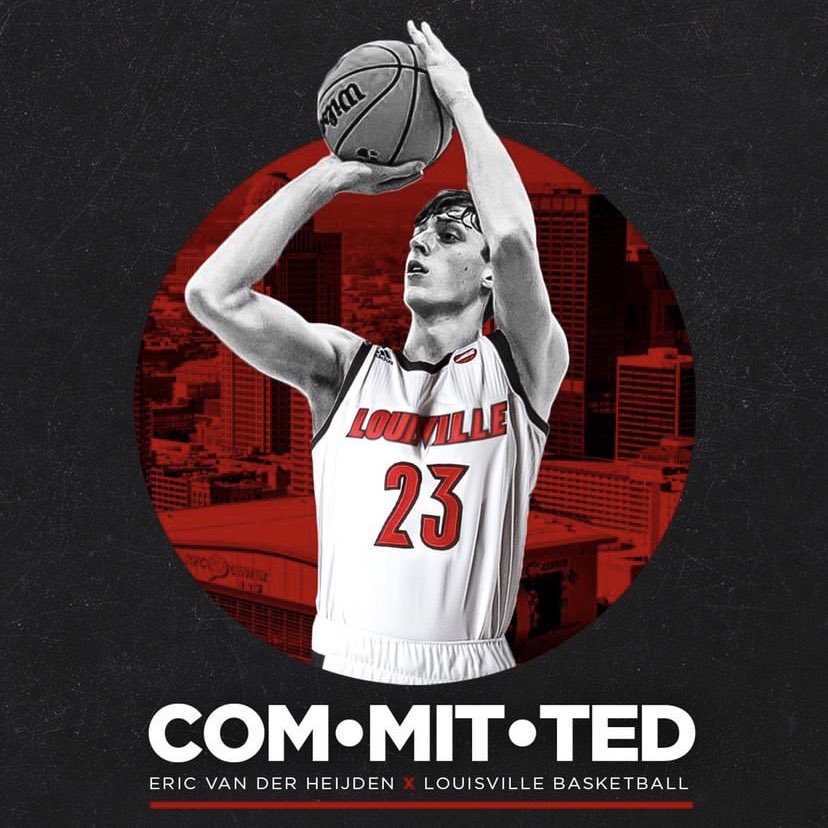 By RYAN McMULLEN Eric Van Der Heijden, the 6-foot-9 forward from Millbrook (NC) and Team Wall AAU, committed to Louisville on Friday. “The reason why I picked Louisville was because they play in the ACC and my family can still come to the games,” Van Der Heijden told ZAGSBLOG. Coach (Chris) Mack has a history of developing players and getting them to the NBA.”  He chose Louisville over Cincinnati, Clemson, Iowa, Marquette, Maryland, Ole Miss, Providence, Texas, and Wake Forest. Van Der Heijden is the fourth commit for the Cardinal’s 2021 class as he joins four-stars Bryce Hopkins and Bobby Pettiford along with JUCO guard El Ellis. According to 247Sports, Van Der Heijden is ranked No. 72 nationally and is the No. 3 player in North Carolina. Follow Ryan on Twitter Follow Adam Zagoria on Twitter And like ZAGS on Facebook