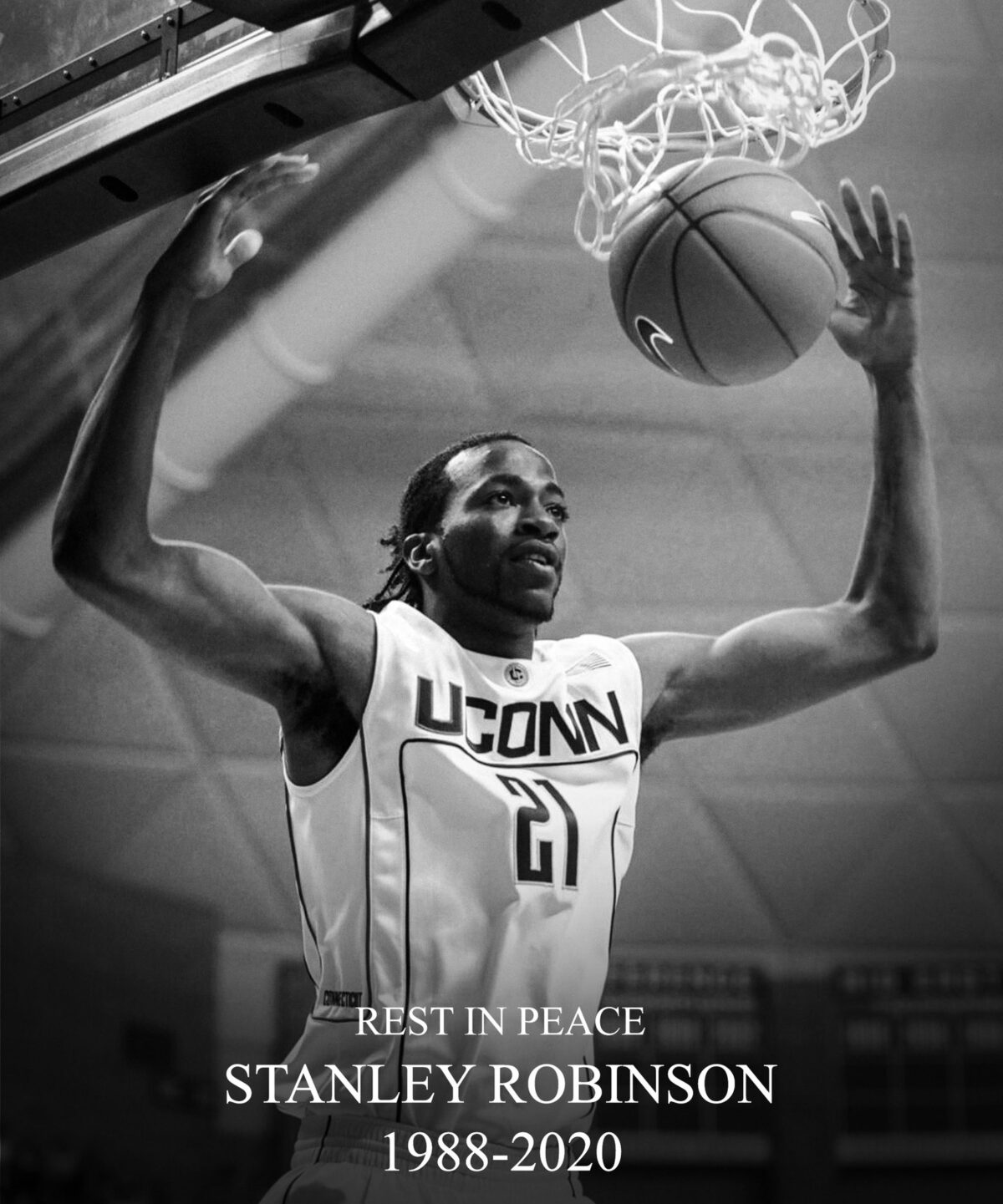 Via UConn Athletics Communications Stanley “Sticks” Robinson, a starting forward on UConn’s 2008-09 Final Four men’s basketball team, passed away suddenly on Tuesday morning at his home in Birmingham, Ala. Robinson was found dead in his home by his mother, Hall of Fame former UConn coach Jim Calhoun told the Hartford Courant. The cause of death has yet to be determined.

The Viking family mourns the loss of Stanley Robinson “Sticks”. True pioneer for the Huffman Basketball program. Continued prayers for his family and Children 🙏🏾. pic.twitter.com/oId6xj5EZq

Robinson, a four-year player for the Huskies, is not only remembered as one of the most athletic players in UConn history, thrilling fans time and again with spectacular dunks, putbacks and blocked shots, but also as one of the most likeable. “I am truly heartbroken,” said Calhoun. “Stanley was such a beautiful person, caring and giving. He was a gentle soul, too gentle for this world. “He was not only loved by his teammates, but everybody who met Sticks liked him. He will always be a Husky.” Robinson, who turned 32 years old last week, was recruited by Calhoun and his staff out of Huffman High in Birmingham where Robinson was named Mr. Alabama Basketball in 2005-06. Blessed with a near-perfect basketball body at 6-8 and 220 pounds with freakish athletic ability, Robinson appeared in 126 games for the Huskies, which ranks 23rd all-time, with 103 starts, 10th all-time. Robinson averaged 9.8 points and 6.2 rebounds over his four-year UConn career, scoring 1,231 career points, 36th all-time, and grabbing 776 rebounds. He had a stretch of 34 consecutive games in double figures. His UConn teams won 90 games, including a glittering 31-5 record in 2008-09, when the Huskies reached the Final Four in Detroit. “He was easily one of the best athletes I ever coached,” Calhoun said. Robinson was drafted by the Orlando Magic in the second round of the 2010 NBA Draft, the 59th overall pick, but was waived on the last day of training camp. The NBA lockout in 2011 dimmed his chances of landing a roster spot and he played with the Iowa Energy of the NBA Developmental League. He continued his professional career in the National Basketball League of Canada, as well as in Iceland, Chile and a number of other teams overseas, but injuries continually hampered his career. “Sticks just couldn’t ever get the break he needed,” Calhoun said. “But no matter what happened, he always had a smile on his face.” Robinson is survived by three daughters. Photo: UConn Athletics Follow Adam Zagoria on Twitter Follow ZAGSBLOGHoops on Instagram And Like ZAGS on Facebook

NBA announces rosters for the restart

Kentucky, Duke both have 17 players on NBA restart rosters