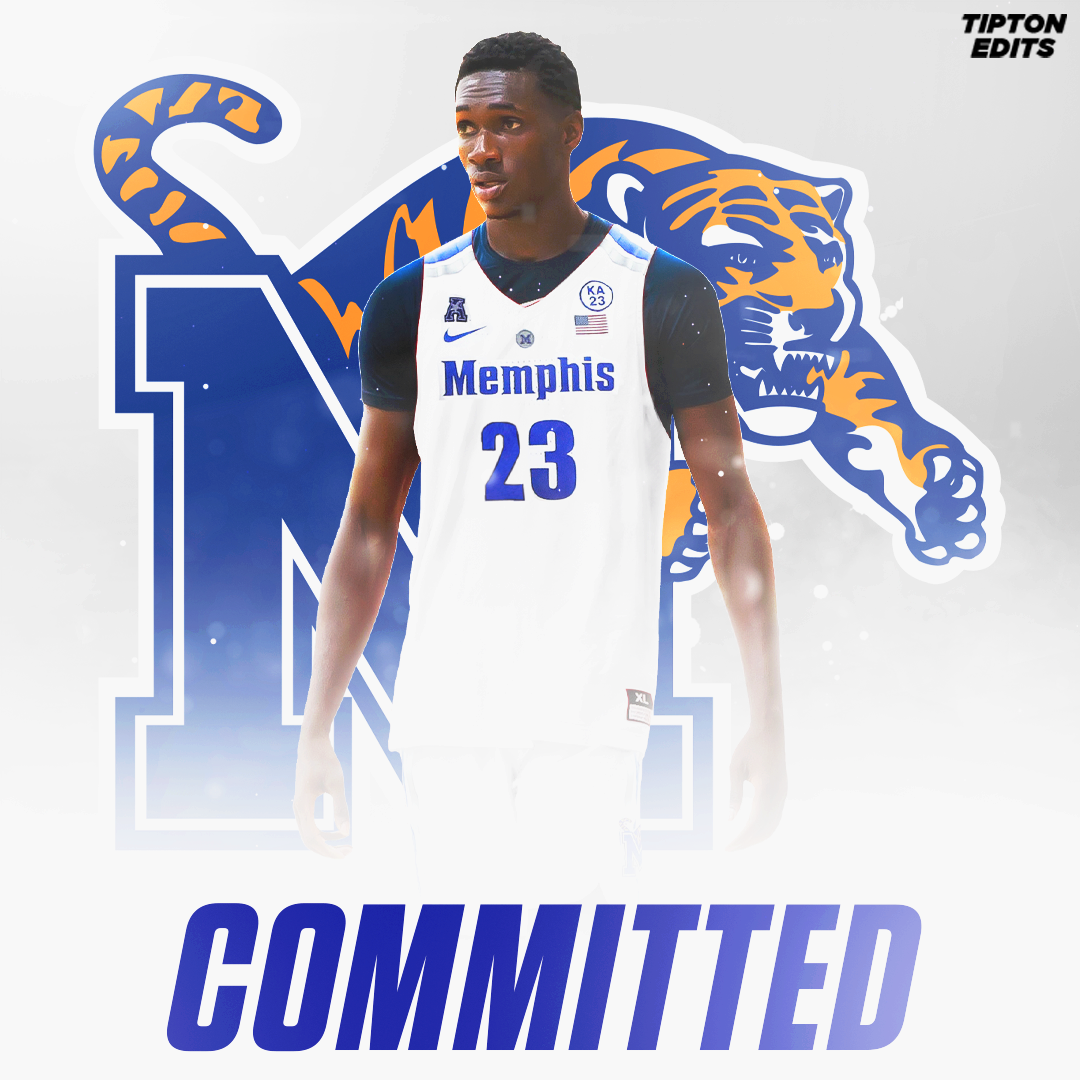 By ADAM ZAGORIA Memphis added potential one-and-done center Moussa Cisse when he committed on Wednesday. The 6-foot-10 big man from Memphis (TN) Lausanne Collegiate School chose Memphis over Florida State, Georgetown, Georgia, Kentucky and LSU. He is ranked No. 2 center in the Class of 2020 per 247Sports.com after reclassifying from 2021. “Coach Penny Hardaway is a legend and can help me develop my game and take it to the next level,” Cisse told ESPN. “He has a lot of influence in the league. I’ve been in Memphis for a year now and everyone is telling me to stay. With all this stuff we’re facing with the pandemic, I didn’t get to go visit any other schools except Florida State. I’m getting a lot of love from the fans.” Cisse already has a strong relationship with the Memphis coaching staff, including assistant Cody Toppert, and has been watching Memphis game film.

Don’t know where @moussacisse224 headed but wherever it is, he bout to be a problem 🇬🇳😤 #Memphis #FSU #BBN #LSU #UGA #Hoyas Moussa Cisse 🔝6 ⌛️👀 pic.twitter.com/o5BvoUcFnm

Like Achiuwa and former Memphis big man James Wiseman, Cisse could end up being a one-and-done for Penny Hardaway. He’s projected as a first-round pick in 2021 according to at least one mock draft. “An elite athlete with ideal size, great coordination and awesome leaping ability,” per NBADraftRoom.com. “Cisse is a great shot blocker and a real game changer on the defensive end.”

A native of Guinea, Cisse spent two seasons at New York powerhouse Christ the King before transferring to Lausanne. He is one of several talented African players to reclassify this summer and take the next step in their careers. Adama Sanogo of The Patrick School (N.J.) reclassified and signed with UConn. His former teammate, Jonathan Kuminga, a native of the Democratic Republic of Congo, will announce Thursday and is expected to turn pro. Follow Adam Zagoria on Twitter Follow ZAGSBLOGHoops on Instagram And Like ZAGS on Facebook