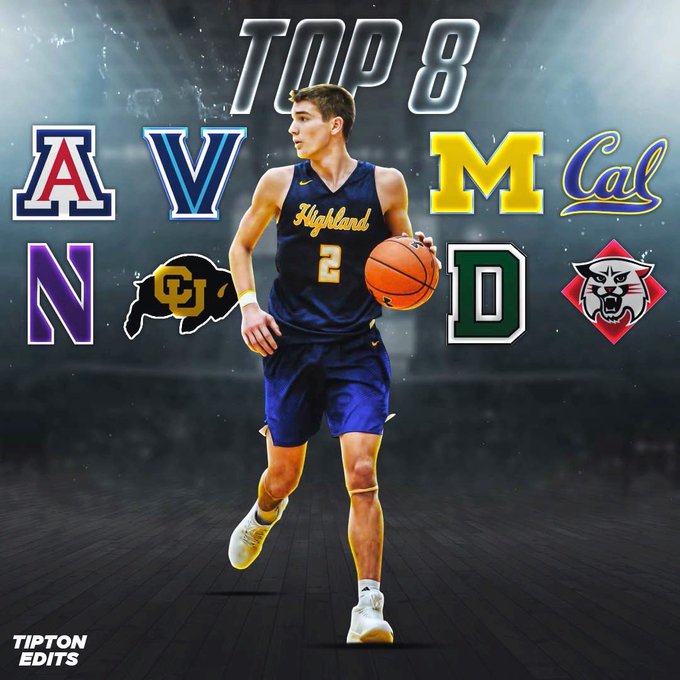 By JACOB POLACHECK Angelo Brizzi is down to eight. Brizzi, the 6-foot-3, 170-pound point guard from Highland (VA), named Arizona, Villanova, Michigan, California, Northwestern, Colorado, Dartmouth and Davidson as his top eight schools on Tuesday, via Twitter. He broke down each school for ZAGSBLOG on Sunday: Arizona: ​“Another school that produces good point guards and coach [Sean] Miller knows how to use the guards he brings into the program.” Villanova: ​“Villanova has been one of the top programs nationally over the past few years and does great with their guards.” Michigan: ​“A great academic and athletic school. The staff is great.” California: “​They are a top-tier academic institution and the chance to play in the Pac-12 would be very cool.” Colorado: ​“Playing in the Pac-12 would be awesome and I’ve really enjoyed speaking with the entire staff.” Dartmouth: ​“The Ivy League aspect is very attractive to me, they have great academics.” Davidson: ​“Having the chance to lead a program, and coach [Bob] McKillop has done a very good job with guards in the past, such as Stephen Curry.” Northwestern: “I really like their campus and their staff!” “As far as a timetable for commitment, I honestly don’t have one,” Brizzi said. “I’m just trying to feel out the situation with everything going on currently.” According to 247Sports.com, Brizzi is ranked as the No. 19 point guard and No. 117 overall player in the Class of 2021. “I feel that I have a really strong ability to shoot from range off the dribble and off the catch as well,” he said. Follow Jacob on Twitter Follow Adam Zagoria on Twitter Follow ZAGSBLOGHoops on Instagram And Like ZAGS on Facebook