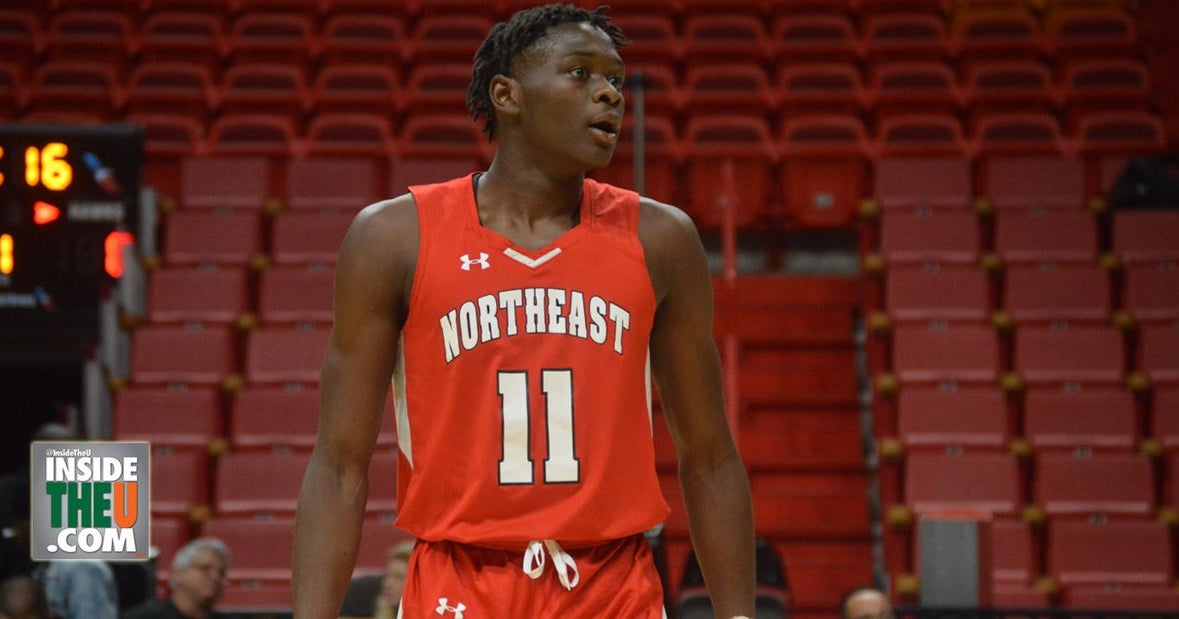 By ADAM ZAGORIA St. John’s extended a scholarship offer to Class of 2021 guard Wesley Cardet Jr. after watching him play on a live stream this weekend. Welcome to the new world of college basketball recruiting in the age of COVID. Unable to see players compete in person this month because the NCAA imposed a dead period on July and August, college coaches are watching them on live streams, a phenomenon I wrote about last week for The New York Times. “They said that seeing me play this weekend sealed the deal for them and they feel like I will fit in their system,” Cardet said of his game at the Showtime Roundup event in Orlando, FL that was broadcast by BallerTV. On Monday, St. John’s offered Cardet’s Team Breakdown teammates Matt and Ryan Bewley, the twin Class of 2023 brothers who are each 6-9. The 6-foot-6 Cardet previously held offers from Rutgers, Kansas State, Iona, Maryland, Alabama, Florida and USC, among others. “The game St. John’s watched, he guarded a high-major guard, full-court the whole game and did not sub out once,” said Northeast High school coach Zach Gillion. “Coach [Mike Anderson] needed to see a full game,” he added. “The live stream is the new norm.” Already the Peach Jam has been canceled and events in Las Vegas this month have been suspended due to the pandemic. But AAU events are running (with fans) in other states, including Florida, despite the fact that that state had more than 31,000 new cases in the 72 hours leading into Monday morning. Georgia, Pennsylvania and Indiana are also hosting events. Cardet said precautions were taken because of the virus. “Temperatures [were] taken for everyone, masks were required from everyone,” he said. “After each game, everyone had to leave to sanitize the gym. Everything was enforced.”

That whole ‘The virus will disappear in warm weather’ nonsense sure didn’t age well. pic.twitter.com/qRduFKnsc4

As for Cardet, he is rated the No. 5 combo guard in the Class of 2021, per 247Sports.com. He averaged 20 points, 11 rebounds and 5 assists as a sophomore. “Wesley Cardet has NBA upside,” Gillion said. “He’s 6-6 with a 6-10 wingspan. He can shoot, pass, create of the bounce. He’s athletic, plays both ends of the court and is competitive. He’s a taller/ bigger guard which makes him a match-up nightmare.” Follow Adam Zagoria on Twitter Follow ZAGSBLOGHoops on Instagram And Like ZAGS on Facebook