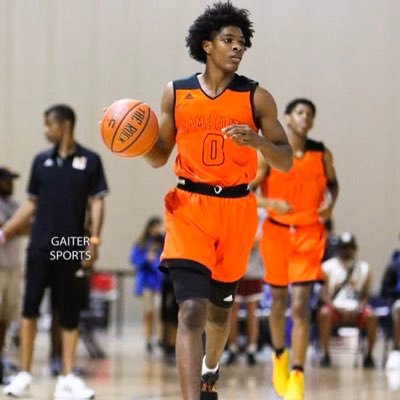 By JACOB POLACHECK Sterling “Scoot” Henderson, the 6-foot-2, 170-pound point guard from Kell (GA), told ZAGSBLOG Monday that Georgia, Xavier, Alabama, Florida State and NC State are among the schools in contact the most. He broke down each school: Georgia: “They’re just so close and I’m pretty sure they’re expecting a big recruit this year and also in the next upcoming years.” Alabama: “Collin Sexton went there. Their play style is pretty much the same since then. I also like how they move on the offensive side.” Florida State: “They called me a couple days ago. My dad has been in touch with the coaches there.” NC State: “They’re hitting me up more often now. I don’t really know much about many of these schools, to be honest, but I’m trying my hardest to learn.” Xavier: “They know my cousin and some of my family. That’s how they’re going to try and recruit me. I like Xavier. I like every team that’s recruiting me right now. I’m very blessed to have the opportunity.” Henderson currently holds offers from Texas Tech, Georgia, Alabama, Tennessee, Florida State, Auburn, Ole Miss, Florida and Georgia Tech. He has received interest from Ohio State, Winthrop, NC State, Appalachian State and Georgia State. According to 247Sports.com, Henderson is ranked as the No. 3 point guard and No. 16 overall player in the Class of 2022. Since college coaches have been able to reach out to Class of 2022 prospects since June 15, Henderson has also picked up offers from Xavier and Wake Forest. “[Wake Forest] has been recruiting me, but they haven’t had the chance to personally talk to me until now,” Henderson said. Henderson also says that Louisville has started showing interest. “I’m pretty sure Louisville is going to offer me this week,” he said. “They recruit a lot of kids from Georgia.” Henderson says he plans on taking some unofficial visits in the fall. “My family and I have been talking about going on a couple unofficial visits, but I don’t know which school yet,” he said. “Some of the close schools like Georgia, Alabama or Florida State.” When evaluating the schools involved, Henderson is prioritizing ‘loyalty’ among other factors. “I love loyalty, so if one schools says ‘we’re going to start you freshman year’ then I have someone starting ahead of me, then that’s messed up,” he said. “I would say loyalty. I don’t want schools using me as just a decoy.” While coronavirus has put much of AAU basketball on hold, Henderson will return to play this weekend at the On the Radar Hoops Point Guard Academy on Sunday. “We play this weekend at On the Radar. I’m working out every day, three times a day,” Henderson said. “I wake up early in the morning. I have a 10 a.m. workout then I’ll have workouts later in the day.” Henderson describes himself as an ‘all-around player’ with a high motor. “I play with a heart,” he said. “I play real hard every time I step on the floor, whether it’s a scrimmage or a pick up game, a real game, playoff game, I play the same way every time.” Follow Jacob on Twitter Follow Adam Zagoria on Twitter And Like ZAGS on Facebook