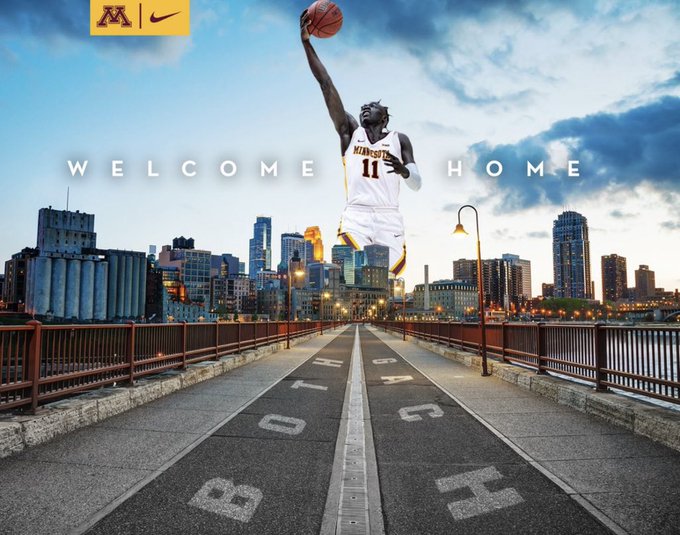 By JACOB POLACHECK Utah transfer Both Gach has committed to Utah, he announced Monday via Twitter. “I would love to give a huge Thank you to all the schools that took the time to recruit me but at this time I’m excited to commit to the University of Minnesota and join coach [Richard] Pitino and his staff,” Gach wrote via Twitter. “Excited to be back home.” He added via text: “I picked Minnesota because it was the best fit for me overall, playing in the home state, being with my family during these difficult times and playing with a talented group coming in.” Gach, the 6-foot-6, 190-pound shooting guard from Austin, MN, chose Minnesota over Auburn, Creighton, Iowa State and Maryland. As a sophomore during the 2019-20 season, Gach averaged 10.7 points, 3.6 rebounds and 2.9 assists in 27 games played. He started in 21 contests and averaged 30.4 minutes. After declaring for the NBA Draft in April, Gach decided he would transfer if he returns to school. He will have to sit out the 2020-21 season unless he receives a waiver. Minnesota will bring in a 2020 class consisting of six newcomers, including Four-star recruits Jamal Mashburn Jr. and Martice Mitchell, along with transfers Liam Robbins and Brandon Johnson. Follow Jacob on Twitter Follow Adam Zagoria on Twitter And Like ZAGS on Facebook

Class of 2021 wing Trey Patterson down to 3 schools