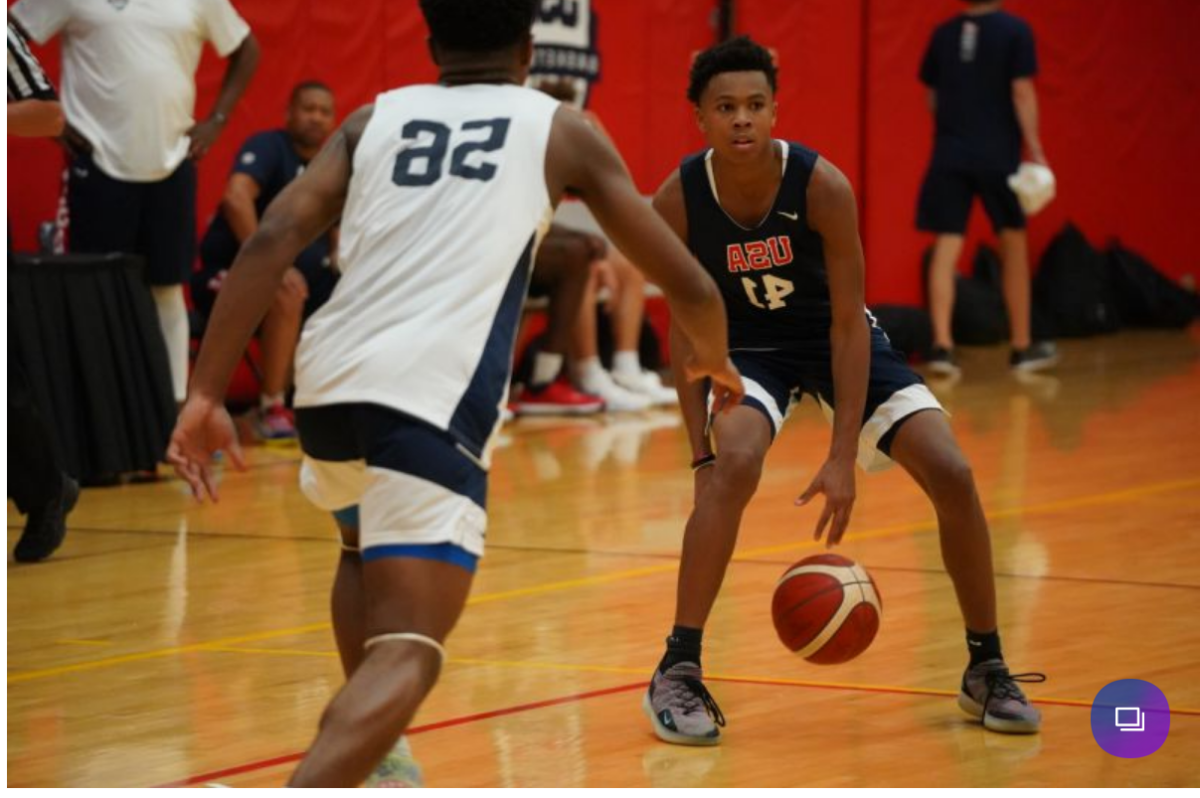 By ADAM ZAGORIA The name Wagner has been synonymous with South Jersey basketball for 40 years. Milt Wagner was a McDonald’s All-American at Camden High School in 1981 and went on to win a state title at Camden (1982), an NCAA title with Louisville (1986) and an NBA title with the Lakers (1988). His son Dajuan Wagner rewrote the New Jersey high school record book by scoring nearly 3,500 points at Camden before spending a one-and-done year at Memphis and ultimately becoming the No. 6 pick in the 2002 NBA Draft Now here comes D.J. Wagner, the third generation of Wagner stars who may turn out to be the best yet. Wagner was ranked No. 1 in the Class of 2023 by ESPN.com. The rankings include three other players from New Jersey in the Top 25: Roselle Catholic guard Simeon Welcher at No. 8, Don Bosco Prep forward Akil Watson at No. 11 and Gill St. Bernard’s forward Mackenzie Mgbako at No. 19. “I was excited and it just made me think I need to keep working harder and keep getting better,” DJ told CBS Philly recently when he was ranked No. 1 in 2023 by Grassroots Hoops. “I don’t look at it as hype. I just look it as playing basketball and doing something I want to do. I’m just having fun with my teammates and my brothers.”

DJ Wagner Of Camden (NJ) is ranked No. 1 in 2023 by ESPN#DJWagner is the son of Dajuan Wagner and the grandson of Milt Wagner https://t.co/0XQtmrWl37 pic.twitter.com/2kl9MbZwlP

In two of the last three years, New Jersey has had three McDonald’s All-Americans. In 2018, it was Louis King, Jahvon Quinerly and Naz Reid and in 2019, Bryan Antoine, Scottie Lewis and Kahlil Whitney. By 2023, it could be some combination of Wagner, Wilcher, Watson and Mgbako. As for Wagner, who has a 6-foot-10 wingspan and wears size 14 shoes, those around him say his upside is huge. “DaJuan was probably a lot stronger as a freshman,” Milt told Rivals.com. “He was probably a bit more aggressive than DJ was but there are a lot of similarities there. He had to do more but DJ has a lot more around him and he can kind of pick his spots.” The youngest Wagner is coached at Camden by Rick Brunson, the former NBA guard whose son Jalen Brunson of the Dallas Mavericks is now one of eight Villanova players in the pros. “He is mature beyond his years. That is the first thing I noticed,” Brunson told Rivals “He has the drive to be the best. He lives in the gym. He is a student of the game and knows the people have come before him but also who is in his class and all of his peers.” Dajuan’s advice to his son is simple. “I have just said (to him) work hard,” Dajuan told Rivals. “Same thing that he (Milt) put in me. This part should be easy. When you’re working, just have fun and no pressure. Enjoy this time. It will go fast.” Follow Adam Zagoria on Twitter And Like ZAGS on Facebook

Moussa Cisse to announce next week