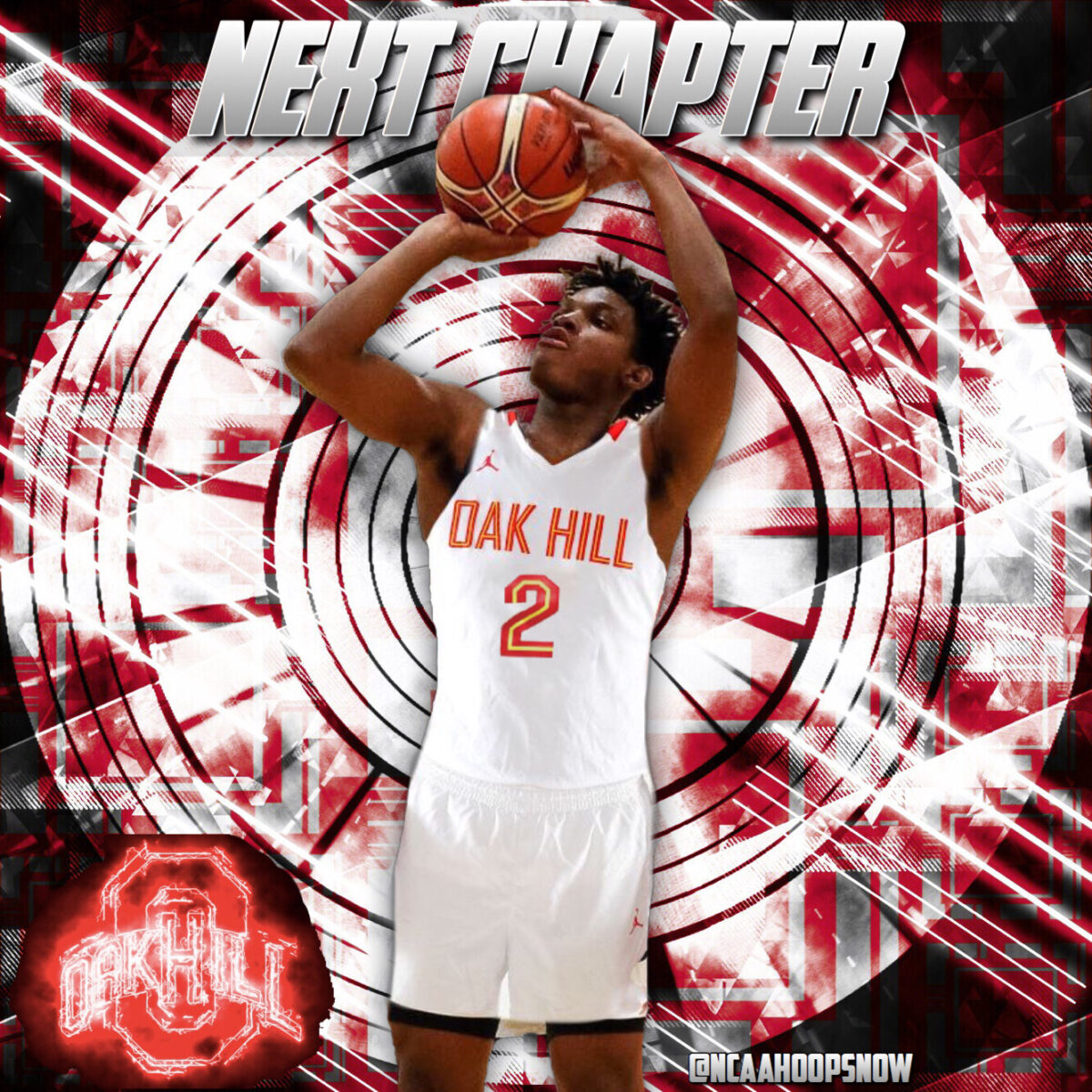 By RYAN McMULLEN MJ Rice has announced he will transfer from Durham Academy (NC) to national powerhouse Oak Hill Academy (VA). “I love MJ’s versatility, his feel for how to play, his athleticism, his ability to play and guard multiple position,” Oak Hill head coach Steve Smith told ZAGSBLOG Tuesday via text. “MJ can score the ball, but is so unselfish, he just wants to win; really defends and rebounds his position. MJ’s work ethic puts him above other players that are supposed to be his equal.” Rice will join forces with fellow 2022 five-stars in Dior Johnson and Zion Cruz, who announced in April. According to 247Sports, Rice is ranked No. 22 nationally and is the No. 6 small forward. Oak Hill has produced several NBA players such as Kevin Durant and Carmelo Anthony. Cole Anthony (North Carolina) and Kofi Cockburn (Illinois) are both Oak Hill products who declared for the upcoming 2020 NBA Draft. This post has been updated. Follow Ryan on Twitter Follow Adam Zagoria on Twitter And like ZAGS on Facebook