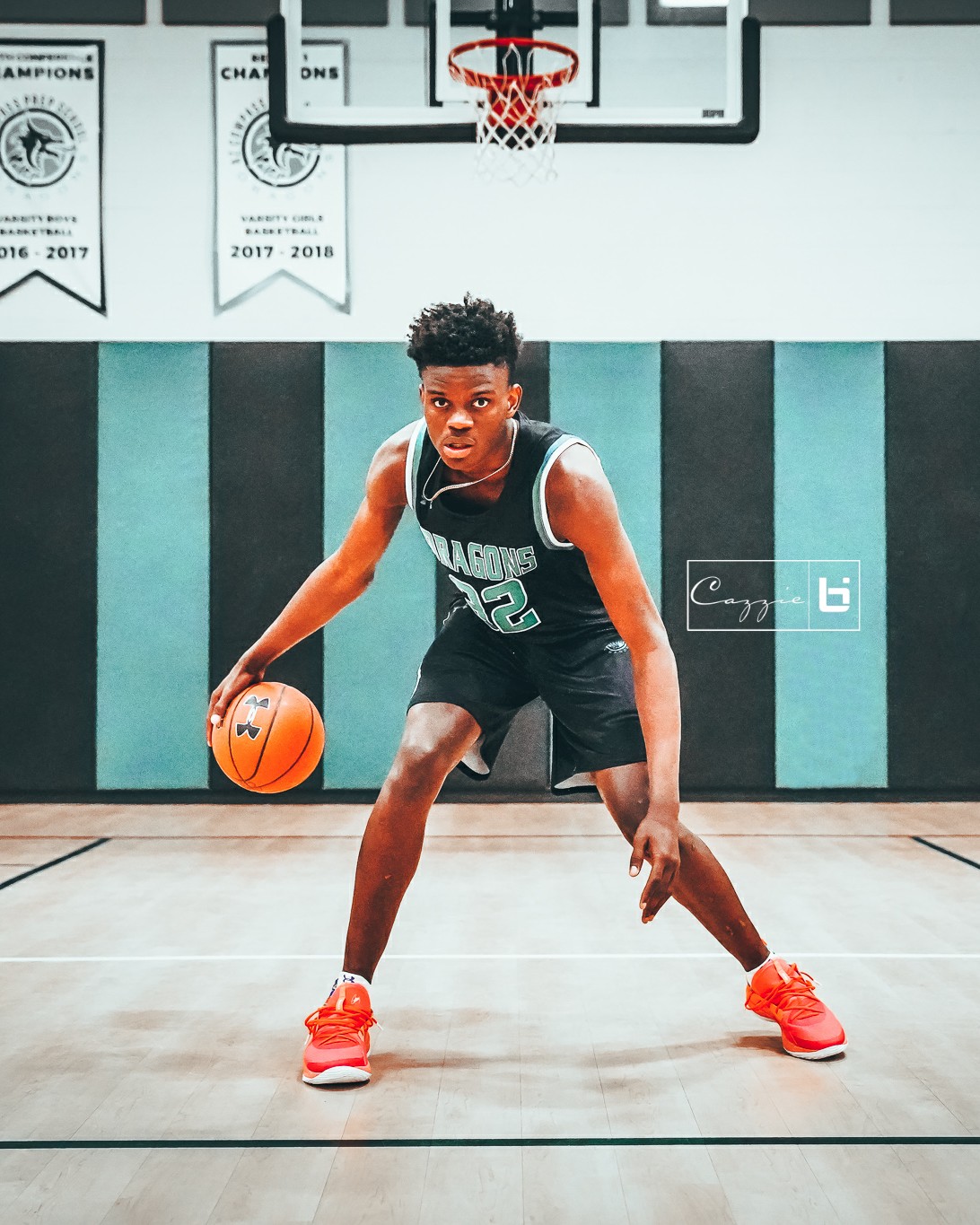 By ADAM ZAGORIA If the one-and-done rule goes away in 2022, players like Sadraque Nganga could have the option of skipping college and going straight to the NBA from high school. The 6-foot-10 Nganga is currently in the Class of 2022 at AZ Compass Prep in Chandler, Ariz. The native of Angola makes no secret of the fact that he’d like to go straight to the NBA if that becomes an option. “If that happens I’m going to the league,” Nganga said in a recent phone interview from Arizona. One 2022 mock draft currently has him as the No. 15 pick for that year, drawing comparisons between Nganga and Giannis Antetokounmpo and Michael Beasley. Nganga says he’s more of a student of Kevin Durant. (Emoni Bates is the projected No. 1 pick in 2022.) ESPN ranks Nganga as the No. 16 prospect in that class.

For now, Nganga continues to be recruited by colleges. He recently added a Kansas offer to go along with offers from Arizona, Arizona State and others. “Right now we’re just letting him play,” said Patricio Muandumba, one of Nganga’s guardians in the U.S. “He’s getting offers from different schools and he’s getting super-excited.” Muandumba said Kentucky has reached out recently, although they have yet to officially offer. “They really like him, they really like his game,” he said. “They just want to stay in touch.” Said Nganga: “I like Kentucky, but I’m still looking for schools.” Kansas also offered last month. “Kansas, one of the coaches [Kurtis Townsend] came and watched him when he was at Hillcrest [Prep],” Muandumba said. “They really liked his versatility.” Arizona and Arizona State have also offered. Nganga says he doesn’t speak directly with college coaches and is focused on his game and his schoolwork. “For now, I’m just focusing on school,” he said. As for a potential college list, he said, “I don’t know right now.” During the pandemic, Nganga said he’s able to work out and gets “some shots up sometimes.” Muandumba, who helped bring Nganga over from Angola, said Nganga began the game as a guard and has now translated some of those skills as he’s grown to 6-10. “For him, when he first started playing as a kid in Angola, he used to play point guard,” he said. “Even when he first moved to the U.S. he would play point guard. That’s his natural position. “With time, I’m making sure he’s developing his other skills as well. He’s turning more into a Kevin Durant-type player.”

“22 G/F Sadraque Nganga 6’10 played point guard for his three days at Basketball Without Borders with #NBA alum Vin Baker as his coach. Was able to cause mismatches on smaller guards and handled the pressure well ball rebounding & handling in transition. Nice vision for passing. pic.twitter.com/RgEK7ioVrx

Nganga counts former Maryland forward Bruno Fernando as a mentor. Fernando, now with the Atlanta Hawks, is the only Angolan player in the NBA. “He just told me to work,” Nganga said. As for Nganga’s own plans, Muandumba called the new NBA G League pathway “interesting because that’s almost like spending one year in college.” In terms of potentially jumping straight to the NBA in two years, Muandumba said it “all depends on how he develops over the next two years because it wouldn’t be ideal for him to make that jump just for the sake of doing it if he’s not ready for it. “There’s always the option of going straight,” he added, “but going to college is never bad. Zion Williamson, that one year at Duke made a huge difference for him.” Photo: AZ Compass Prep Follow Adam Zagoria on Twitter And Like ZAGS on Facebook