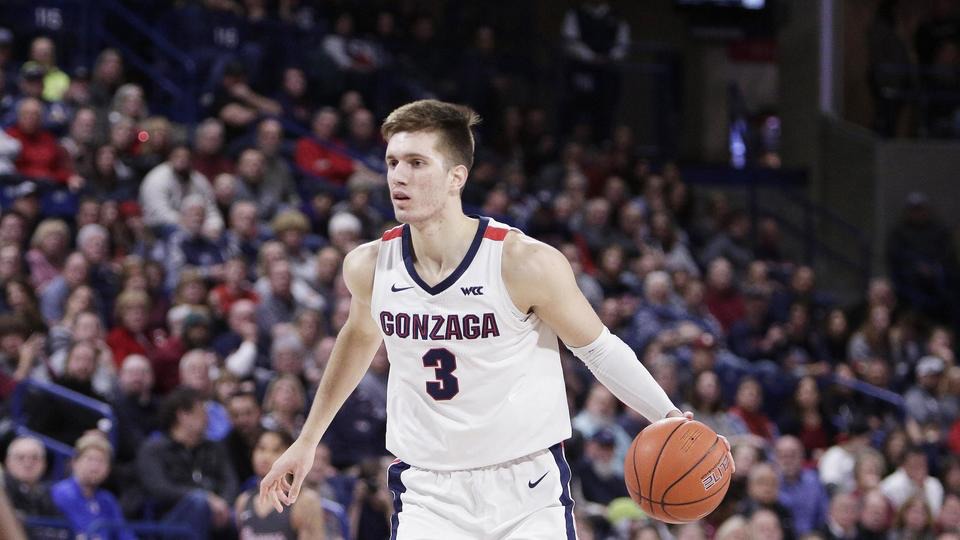 By RYAN McMULLEN Gonzaga sophomore forward Filip Petrusev has announced he will enter his name into the NBA Draft. Petrusev will not sign with an agent with the intent to retain his college eligibility. “First and foremost, I would like to thank my family, friends, coaches and teammates for all their support,” Petrusev said. “It is my dream to one day play at the highest level so, I am entering the 2020 NBA draft, but I am still considering a return to Gonzaga. There is still a lot of uncertainty with what might happen to next year’s NCAA season, as well as the NBA draft, this gives me more time to evaluate that and leave all the options open. I am not hiring an agent and will work directly with Coach Few and Coach Lloyd to make the best decision for my future, staying eligible for the NCAA. Love you, Zag Nation.” The 6-foot-11 forward averaged 17.5 points and 7.9 rebounds during this past season. He earned Player of the Year honors in the WCC as he led Gonzaga to their 8th WCC championship along with a 31-2 record. Follow Ryan on Twitter Follow Adam Zagoria on Twitter And like ZAGS on Facebook

Memphis' Landers Nolley won't declare for the NBA Draft after all