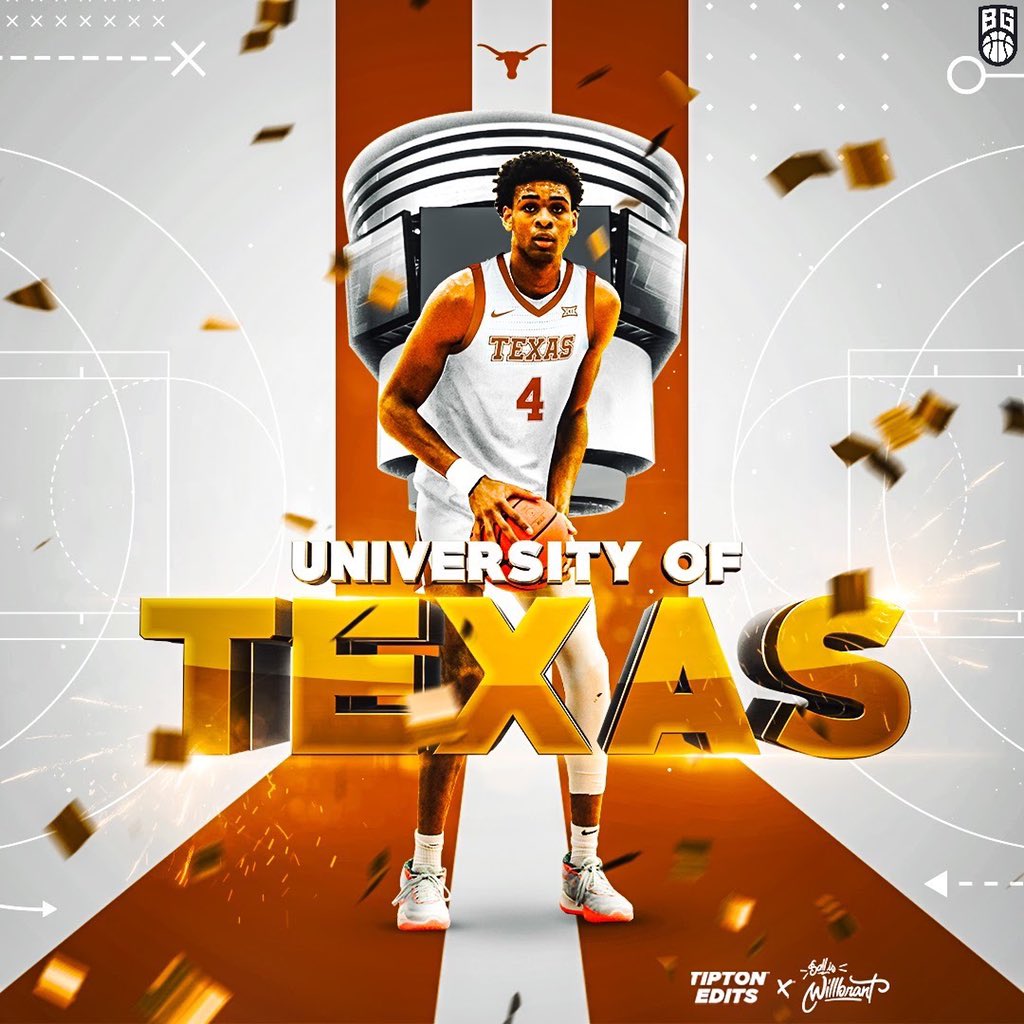 By ADAM ZAGORIA Greg Brown is staying home. Brown, the No. 1 power forward in the Class of 2020 out of Vandegrift (TX) High School, announced Friday that he would play next season at the University of Texas. “I’m happy to say I’ll be committing to the University of Texas,” he said on Instagram, adding that it took him “until the final hour to decide where I was going to go.” Texas announced later Friday that Brown had officially signed with the Longhorns. “We’re very excited about Greg joining our program,” head coach Shaka Smart said. “We’ve truly enjoyed building relationships with him and his family over the past four years. His growth as a person and player has been fun to watch. Now as a Longhorn, that growth will continue. We’re looking forward to Greg’s positive impact on his new teammates and team. In addition, we’re excited about helping Greg become his very best at Texas. The future is bright!” The announcement ended a long saga in which Brown also considered Auburn, Kentucky, Memphis and Michigan — as well as potentially playing in the NBA G League for a $300,000. The NBA G League last week made headlines by signing Jalen Green, the potential No. 1 pick in the 2021 NBA Draft, and former Michigan commit Isaiah Todd. “Greg obviously has a high skill set with his ability to finish strong around the rim but has really increased his ability to hit the outside shot as well which makes him a more complete offensive player,” USA Basketball youth coach Don Showalter said. “His size and wingspan certainly make him a devastating defensive player as well. Greg has a great attitude and is very coachable.”

Heading into his announcement, Brown’s “Crystal Ball” on 247Sports was at 100 percent for Texas and many in the industry considered it to be a fait accompli. “It was a very hard decision and my family and friends, they helped me through it a lot,” Brown said. “What made me just want to go to UT is just the legacy and just the loyalty, just leaving a legacy at UT like my dad did, my uncle did, my mom did, and just stepping in their shoes.” Still, the G League remained an option and the league was known to be targeting Brown to join Green and Todd on its “Select Team” next year based in Los Angeles. Asked by Marc Spears of ESPN why he chose Texas over the G League, Brown said, “Just leaving a legacy at UT. My dad went there, my mom went there, my uncle went there. Coach Smart was the first coach to offer me in the eighth grade, seventh grade and so we just a built a family type of relationship since then. “All the others schools were great, we built the same kind, but I just had to leave a legacy here at Texas.” He added: “We were talking [with the G League] for a minute, for about two months, but we just thought it was best to just go our separate ways.” Brown’s addition is a major recruiting boon for Smart, who spent much of last season on the proverbial “Hot Seat.” Smart has two first-round NCAA Tournament losses to show for his four-year stint at Texas. The Longhorns finished 19-12, 9-9 in the Big 12 last season. “I want to give a shoutout to the Texas basketball team,” Brown said. “We about to go win a Big 12 championship…and we’re going to win the natty, NCAA championship.” With Brown, the projected No. 12 pick in the 2021 NBA Draft per ESPN.com, plus the return of most of his roster, Smart will face another year of huge expectations next season. This post has been updated. Follow Adam Zagoria on Twitter And Like ZAGS on Facebook