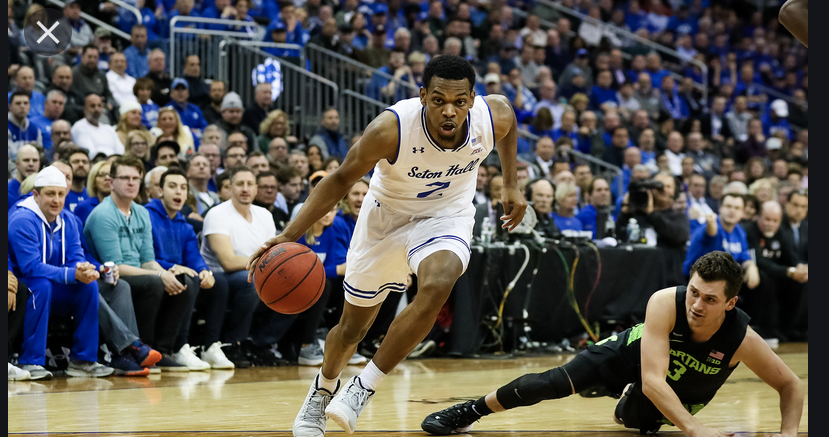 By ADAM ZAGORIA The offseason roster overhaul continues at Seton Hall. Sophomore guard Anthony Nelson will transfer, coach Kevin Willard told ZAGSBLOG Monday. Nelson becomes the third member of the Pirates roster to announce his transfer, following sophomore forward Darnell Brodie, who committed to Drake on Saturday, and junior forward Taurean Thompson. The 6-foot-4 Nelson averaged 2.7 points and 2.3 assists in 27 games as a sophomore. Willard appeared to lose confidence in him as the season progressed, and Nelson saw less and less playing time at the point behind Quincy McKnight and Shavar Reynolds. He played just 2 minutes in the Pirates’ final game, a 77-60 loss to Creighton on March 7. The New York native originally committed to Seton Hall in October 2017 out of South Kent (CT) over Dayton and Minnesota. Among the early schools to reach out to Nelson were Rhode Island, BYU, Long Beach State, Cal, Iowa State, Manhattan, Siena, Fairfield and Hofstra. Seton Hall on Monday also officially announced the addition of Harvard grad transfer Bryce Aiken, the Randolph, N.J. native who committed April 9. (Read my full story here on NJ.com). “We are thrilled to welcome Bryce and his family to the Seton Hall Basketball family,” Willard said in a statement. “Bryce is a very gifted scorer and playmaker, he has strong basketball IQ and he is fast. His skill, work ethic and experience will fit in well with our veteran group.” Seton Hall now has two scholarships to work with. Junior forward Sandro Mamukelashvili is testing the NBA Draft waters. They will likely need to add another guard, although they have Reynolds and incoming freshman Jahari Long to back up Aiken. The Pirates are also involved for reclassifying Patrick School power forward Adama Sanogo, who is also considering Pitt, Maryland, Nebraska and others in addition to Seton Hall. He is not expected to decide until later this spring or summer. This post was updated. Photo: Seton Hall Athletics Follow Adam Zagoria on Twitter And Like ZAGS on Facebook