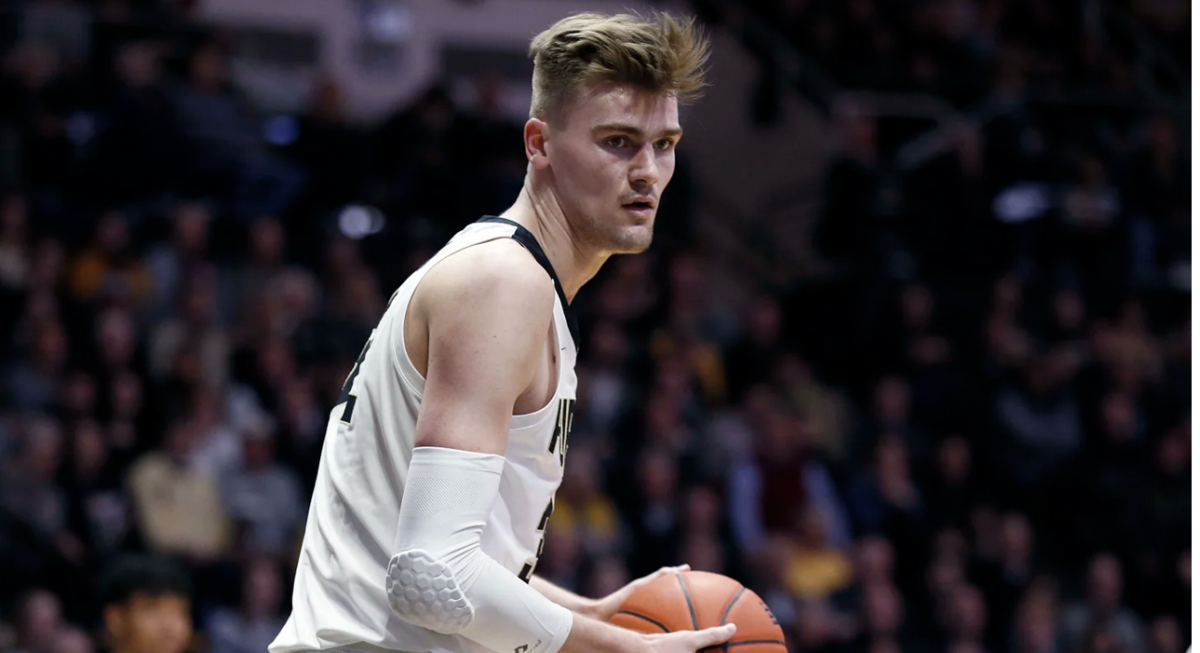 By ADAM ZAGORIA More than 20 schools and counting, including Kentucky, have reached out to 7-foot-3 Purdue grad transfer Matt Haarms. Per 247Sports.com, Gonzaga, Minnesota, Oklahoma, Ohio, Illinois State, Louisville Kentucky, Arizona, Arkansas, Ole Miss, Arizona State, Syracuse, DePaul, South Carolina, Boston College, Seton Hall, Wichita State, Cincinnati, Oklahoma State, Washington State, Utah, Oregon State, San Jose State, and Cal State Fullerton had reached out as of Monday.  “It’s too early right now,” Haarms told the site when asked which schools he might consider “I still have people calling who haven’t texted me so I don’t even have the full picture just yet.” The native of the Netherlands averaged 8.6 points, 4.6 rebounds and 2.0 blocks last season at Purdue, and figures to provide an instant defensive impact wherever he lands. Kentucky players and fans are among those on board with trying to land Haarms.