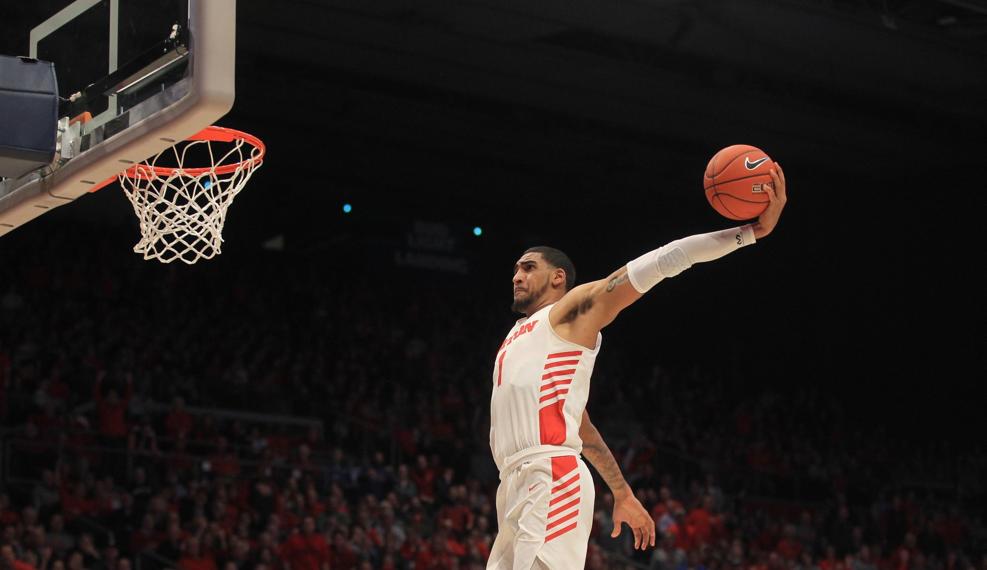 By JACOB POLACHECK Dayton sophomore Obi Toppin was awarded the 2020 Citizen Naismith Trophy on Friday, awarded to the most outstanding men’s college basketball player. Toppin averaged 20.0 points, 7.5 rebounds, 2.2 assists and 1.2 blocks per game in 31 games played. Toppin also shot 63.3 percent from the field and an impressive 39.0 percent from beyond the arc. He helped lead Dayton to a 29-2 overall record and a perfect 18-0 record in Atlantic 10 play. “I wanna give thanks to my coaches and teammates,” Toppin said on CBS Sports HQ. “Without those guys, I don’t think I’d be the player or the person that I am today.”

"I wanna give thanks to my coaches and teammates. Without those guys, I don't think I'd be the player or the person that I am today." @DaytonMBB stud Obi Toppin after winning the @NaismithTrophy Award for National Player of the Year pic.twitter.com/doCOeVwET6

Toppin was the only sophomore among the finalists who also included seniors Udoka Azubuike (Kansas), Myles Powell (Seton Hall) and Payton Pritchard (Oregon), as well as junior Luka Garza (Iowa). Toppin was also named Atlantic 10 Player of the Year and declared for the NBA Draft on March 25. The 6-foot-9 Brooklyn native is projected as the No. 9 pick in the NBA Draft, per ESPN.com, but one league executive called him a “top-5” pick. Follow Jacob on Twitter Follow Adam Zagoria on Twitter And Like ZAGS on Facebook