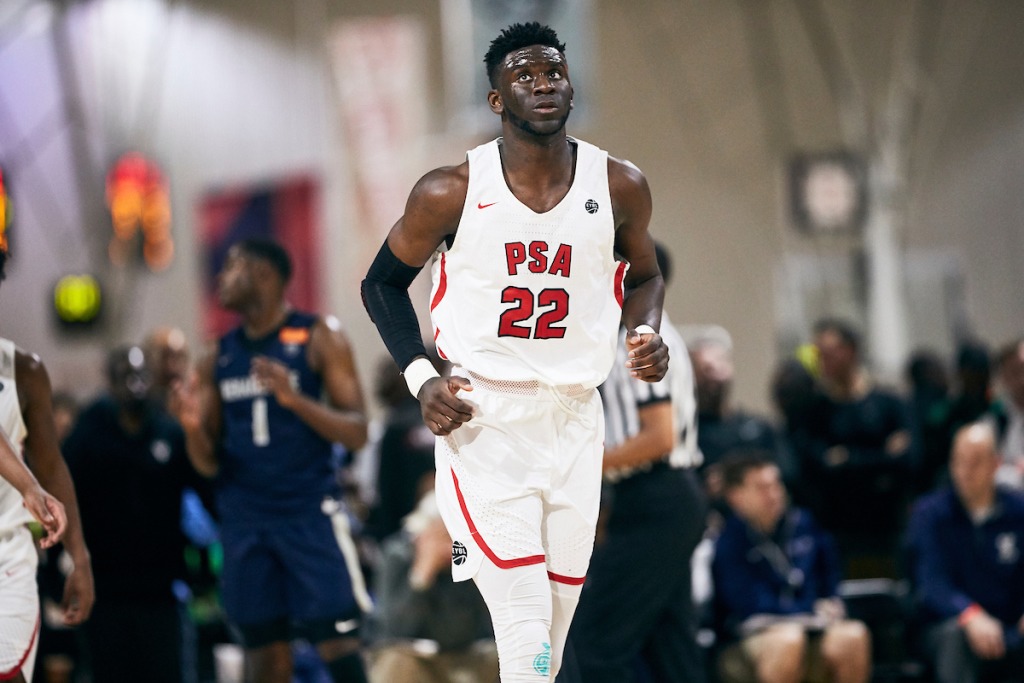 By JACOB POLACHECK Franck Kepnang, the 6-foot-11 center from Westtown School (PA) and the PSA Cardinals, picked up an offer from Kansas on Friday. He broke down his thoughts on the Jayhawks for ZAGSBLOG: “Just overall, I know Kansas has a really rich basketball history and they do a good job preparing their bigs for the next level,” Kepnang said. “I don’t really know any specific details about them. I’m doing more and more research on them.” Kepnang, who is originally from Cameroon in Central Africa, is ranked by 247Sports as the No. 5 center and No. 24 overall player in the Class of 2021. “They want to start a good relationship and build the relationship to see where it goes from there,” Kepnang said of the coaches at Kansas. Kepnang took unofficial visits to Georgetown (March 7) and Maryland (March 8). Kepnang describes his recruitment as being “wide open,” but said he will be keeping an eye on the schools recruiting him. “I want to make sure that I follow all the schools that are recruiting me, specifically how they use their big men,” Kepnang said.

In addition to Kansas, Maryland and Georgetown, Kepnang currently holds offers from schools such as UConn, St. John’s, Georgia, Illinois, Indiana, Fordham, Ohio State, Pittsburgh, Saint Louis, Stanford, Syracuse, Texas A&M, UCLA, Vanderbilt and Wake Forest, among others. He also broke down what he’s looking for when making his decision. “I would say how they play their bigs,” he said. “I want to see how a school plays through their bigs and how much they allow their bigs to do.” “With the new style of basketball, do they let their bigs shoot? That’s important to me because I’ve been working a lot on my shooting and getting pretty good at it.” Kepnang has a tremendous ability to run the floor, is an elite rim defender and continues to expand his offensive arsenal. “I play hard every single possession and I protect the rim,” Kepnang said. “Even if I’m not on the court, I’m supporting my teammates. I try to communicate with them as much as I can and I just play hard. When I get a pass and hit the rim, I finish it.” Follow Jacob on Twitter Follow Adam Zagoria on Twitter And Like ZAGS on Facebook