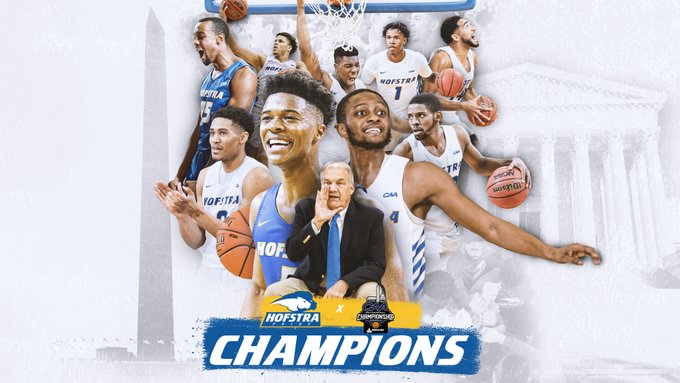 By JACOB POLACHECK Hofstra is going dancing for the first time in 19 years. Led by graduate senior guard Desure Buie, Hofstra defeated Northeastern on Tuesday by a score of 70-61 to win the CAA Championship and clinch a spot in the NCAA Tournament. Buie finished with a game-high 20 points, including 10 critical points in the final four minutes. He also added five rebounds, five assists, and two steals, and would go on to be named CAA Conference Tournament Most Outstanding Player. Hofstra outscored the Huskies, 26-13, over the final eight minutes to erase a four-point deficit. With the win, Hofstra moves to 26-8 (14-4 CAA) on the season, winning 12 of their last 13 games to enter the NCAA Tournament. Hofstra last made the NCAA field in 2001, when they were coached by current Villanova head coach Jay Wright. Follow Jacob on Twitter Follow Adam Zagoria on Twitter And Like ZAGS on Facebook

The Warriors Looking to Play Foreseeable Home Games Without Fans