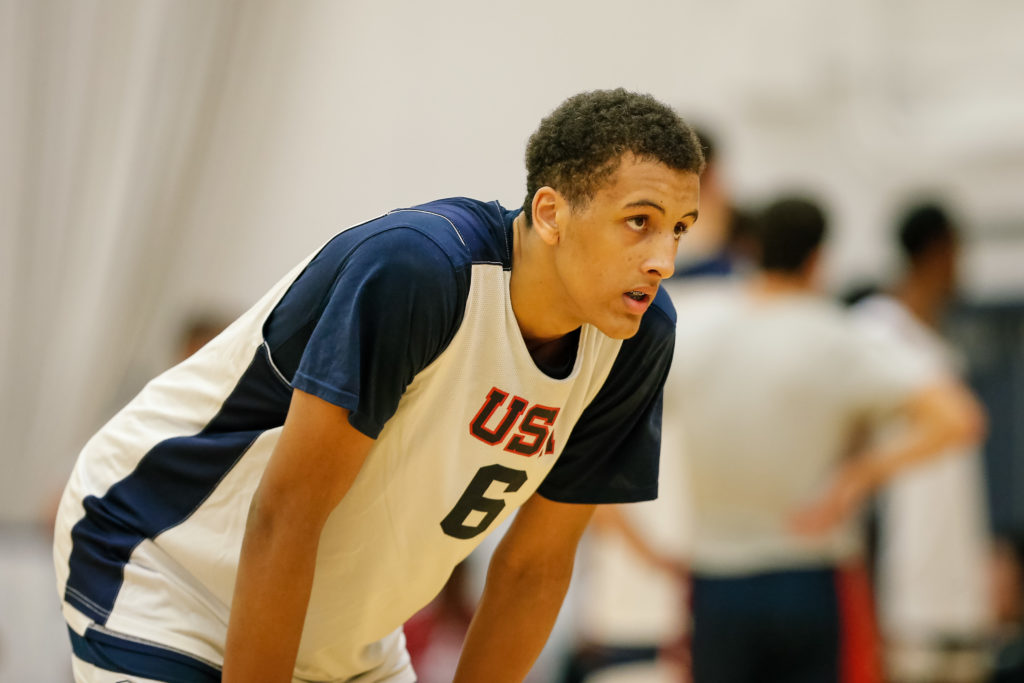 By ADAM ZAGORIA Four nights after North Carolina coach Roy Williams watched Patrick Baldwin play in Wisconsin, Baldwin was on Duke’s campus and sat behind the team bench for their 88-64 rout of Virginia Tech Saturday night. Thje 6-foot-10 Baldwin out of Hamilton (WI) Sussex is the No. 2 small forward and the No. 3 overall player in the Class of ’21 per 247Sports.com.

This week, @TeddyGreenstein did a quality profile of Patrick, the Baldwin family & the upcoming decision
https://t.co/l1UddG7EqK pic.twitter.com/Y1IYBzbybh

His Crystal Ball is also 100 percent in favor of Duke but that hasn’t stopped UNC and others from making an effort. “Overall I like Coach K and Coach (Jon) Scheyer,” Baldwin told the Chicago Tribune. “[Class of ’21 Duke commit] Jalen [Johnson] always has great things to say about the coaches.” Johnson, a Class of ’21 Duke pledge, also plays in Wisconsin at Milwaukee (WI) Nicolet. Per the Tribune, Duke coach Mike Krzyzewski has told friends he views Baldwin as the “perfect recruit.” Duke’s six-man recruiting class is ranked No. 2 behind Kentucky for 2020, per 247Sports.com. The Blue Devils have one 2021 pledge in Archbishop Stepinac (N.Y.) forward A.J. Griffin.

2021 Patrick Baldwin has a double-double along with 3 assists in win over Chaminade at the 2020 Highland Shootout! @_pbaldwin23 @hilandshootout pic.twitter.com/eQ2lLY1huJ

Baldwin holds offers from UW-Milwaukee, Northwestern, North Carolina Kentucky, Kansas, Marquette, Wisconsin, Illinois and UCLA, among others. His father, Pat Baldwin, is a 1994 Northwestern graduate and former Northwestern assistant who’s now the head coach at Milwaukee. “Regardless of where he is — D-2, D-3 — no coach will ever back you like your father,” Patrick told the Tribune. “That’s not a knock on any other coach. If I were to play for my father, that would mean the world to me and my family. Having him on the sideline, being able to talk to him during the game … that would be pretty cool.” Meantime, Northwestern coach Chris Collins would love for Baldwin to play at the Big Ten school. He and assistant Brian James saw Baldwin play in Evanston on Feb. 9, per the Tribune. “Having the relationship with them and seeing how much they really care shows that they’re really committed to trying to bring me into this program and change it for the better,” Baldwin told the paper. Photo: USA Today Sports Follow Adam Zagoria on Twitter And Like ZAGS on Facebook