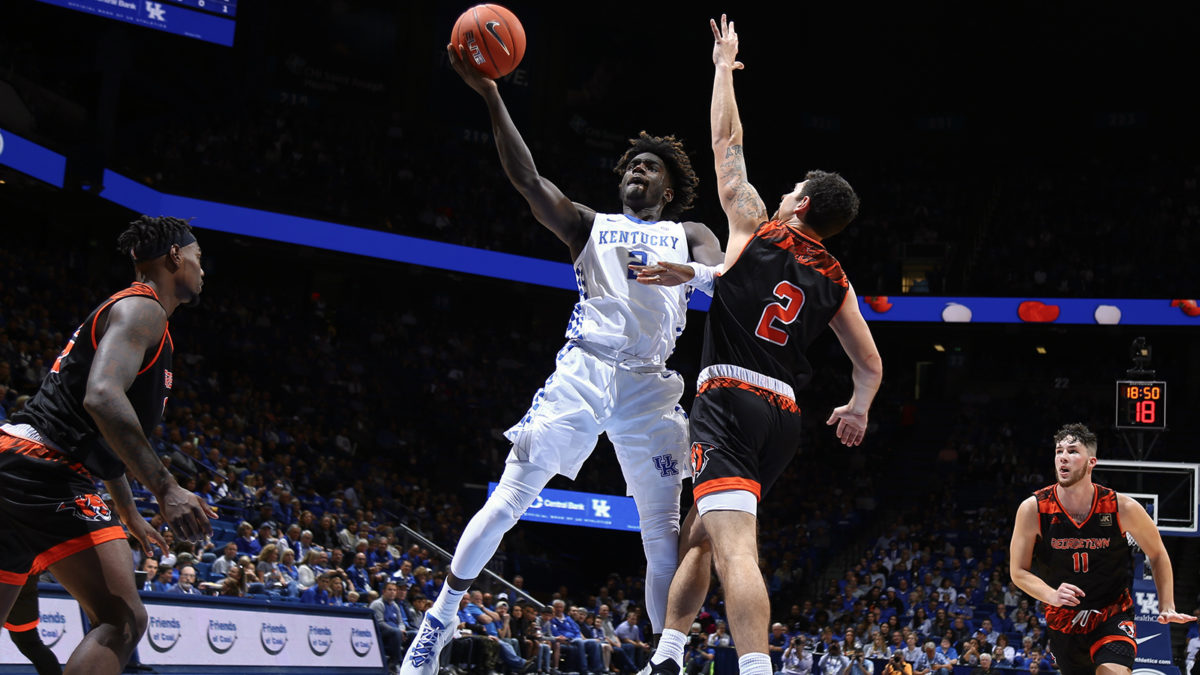 By JACOB POLACHECK Kentucky freshman forward Kahlil Whitney announced his intentions to transfer on Friday, via Twitter. This season, Whitney has averaged 3.3 points, 1.7 rebounds, 0.4 assists and 12.8 minutes per game, in 18 games played. He started the first seven games of the season for the Wildcats before being relegated to a limited role off the bench at the start of SEC play. As a recruit, Whitney was ranked as the No. 11 overall player in the Class of 2019 and was selected to participate in the 2019 McDonald’s All-American Game. Photo: UK Athletics Follow Jacob on Twitter Follow Adam Zagoria on Twitter And Like ZAGS on Facebook