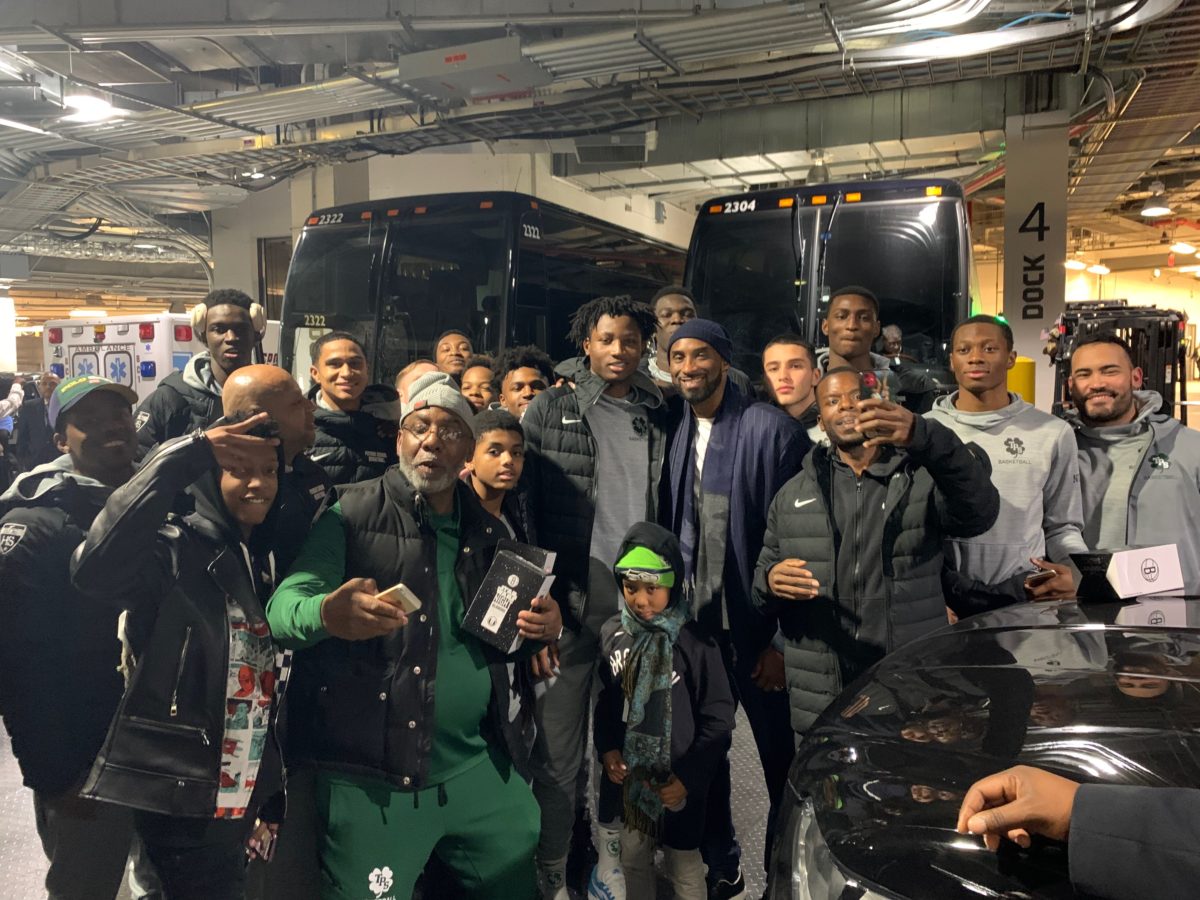 By ADAM ZAGORIA Kobe Bryant was a lottery pick in the 1996 NBA Draft. Jonathan Kuminga could become an NBA lottery pick as soon as 2021. On Saturday night, Kuminga and his teammates at The Patrick School got to meet Bryant at Barclays Center, where the Nets beat the Hawks, 122-112.

.⁦@KyrieIrving⁩ May be out but he remains dedicated to ⁦@JonathanKuming6⁩ and
the kids at his alma mater ⁦@tps_hsbb⁩ and tonight they got to meet ⁦@kobebryant⁩ too. pic.twitter.com/v4EqPfWMce

Kyrie Irving, the Patrick School alum who helps fund his alma mater and recently helped run a two-hour practice at the Hillside school, arranged the evening. Irving, who remains out for the Nets with a shoulder injury, sent a bus for the Celtics after they won their game earlier Saturday at the Elizabeth Dunn Center. The players were able to watch the Nets and Hawks warm-up before heading to a suite for dinner and the game. On Monday night, the Celtics, ranked No. 3 nationally by USA Today, are due to play No. 23 Roselle Catholic in the Kyrie Irving Invitational at Barclays. The game is the last part of a tripleheader and will air on the YES Network at 8 p.m. (The game itself is set for 6.) Kuminga and two of his fellow junior teammates — Adama Sanogo and Bretner Mutombo — have yet to play for the Celtics (2-0) this season because the NJSIAA mandated they sit for 30 days under state transfer rules, as first reported by ZAGSBLOG. Transfers without a bonafide change of address must sit 30 days. Unless something dramatic happens on Monday, the three players would miss Monday’s game, as well as several showcase events and games in the next 30 days. “I feel we’re the best team in Jersey,” Zarique Nutter told Mike Kinney of NJ.com after the Celtics beat the Hun School, 70-49, at the HoopGroup Tip-Off Showcase on Saturday. “We’ve got the pieces, especially when Jonathan Kuminga comes back; Adama and Bretner, too. I feel like that’s a factor that’s gonna put us over the top. We’re still good now.” Photo: Courtesy The Patrick School Follow Adam Zagoria on Twitter And Like ZAGS on Facebook