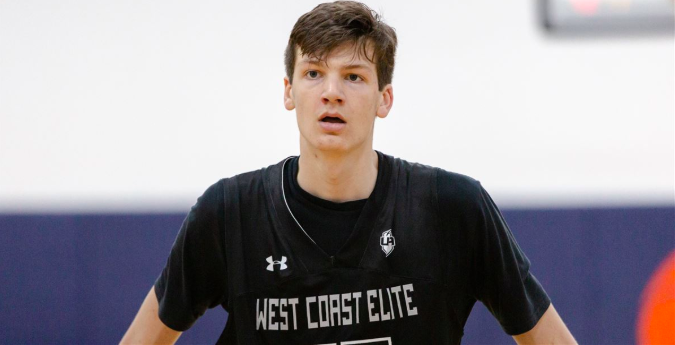 By JACOB POLACHECK Nathan Bittle, the 6-foot-10 junior big man from Central Point (OR) Crater and West Coast Elite, broke down his first two official visits for ZAGSBLOG Wednesday. Bittle took his first official visit to Arizona on Sept. 27. “Arizona was great,” Bittle said via text. “I loved the stadium. The fans at the Red and Blue Game were great and it would be a great place to play. Coach [Sean] Miller and his assistants were also great.” Bittle took his second official visit to UCLA on Oct. 18. “UCLA was just a great environment,” Bittle said. “Everything was nice. [The] coaches were great.” Bittle said he is thinking about where he might visit next. “I’m not sure yet. My parents and I are discussing that,” Bittle said. “Oregon and Gonzaga talk to me everyday for the most part.” Bittle broke down both schools for ZAGSBLOG: Oregon: “They are really interested and the coaching staff is great.” Gonzaga: “The coaches are great and have done a great job.” Bittle is averaging 25.0 points, 10.6 rebounds and 6.6 blocks this season, and had 32 points, 12 rebounds and 11 blocks Saturday night in an 57-44 win over Henley (OR). According to 247Sports, Bittle is ranked as the No. 14 overall player in the Class of 2021 and the No. 2 center. Photo: Luke Schlaifer/Under Armour Follow Jacob on Twitter Follow Adam Zagoria on Twitter And Like ZAGS on Facebook