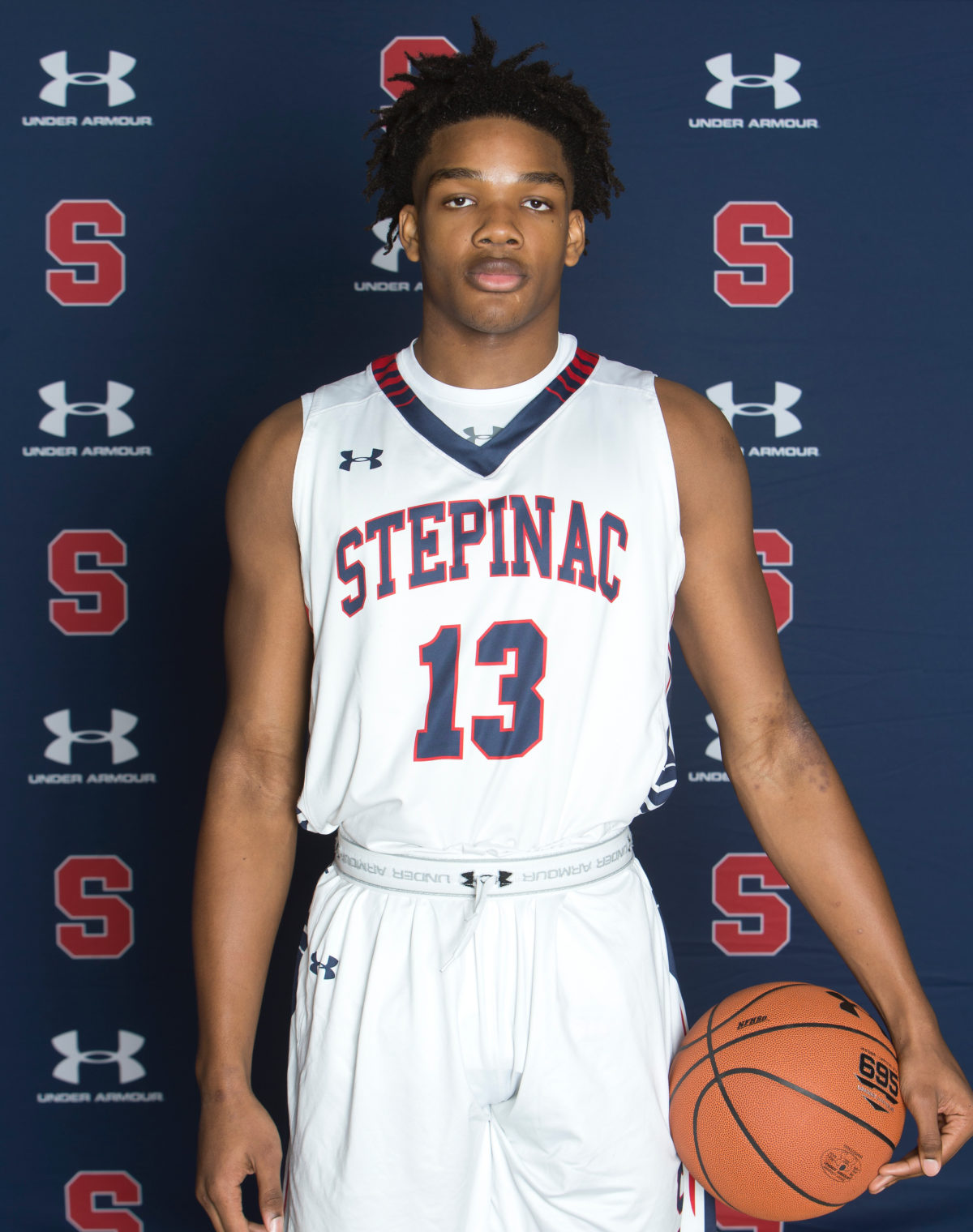 By ARDEN FRANKLYN WHITE PLAINS, N.Y. – Even with all of the attention on his fellow Archishisop Stepinac teammates R,J. Davis and A.J. Griffin, junior forward Malcolm Chimezie is preparing for his time in that same spotlight. After having a very productive summer on and off the court, Chimezie enters this season as the next Stepinac product to receive great interest from Division 1 schools. In fact, the Yonkers, N.Y. native already has 13 offers, with a few of them coming from the likes of Columbia, Fordham, Saint Louis, and UMass. “I’ve been expanding my game in preparation for college, by working on various things,” Chimezie said. “I know, I’ll have to step out and possibly switch positions from the five to the four, so I’m working everything, especially my footwork and perimeter game.” During his first two seasons at Stepinac, the 6-foot-8 big man was known as a physical, inside presence who possesses legitimate athleticism and a good touch around the basket. Under head coach Patrick Massaroni, one of Stepinac’s keys to success has been its ability to create a significant “big three.” A couple of years ago, we watched current University of Illinois sophomore Alan Griffin team up with his brother A.J. and Davis to lead the Crusaders to trio of New York State Federation and state championships, and now a new trio has risen. “Malcolm has really matured as a player and person since last season,” Massaroni said. “And I don’t mean that in a negative way, but he was a bit immature because he was a kid. Now with 13 offers on his desk, the big question to Malcolm is why stop?” Throughout Stepinac’s home season-opening 81-69 win over Monsignor Scanlan last Friday, it was evident how much the 6-foot-8 forward improved. Whether it was playing in the mid-post to effectively switching defensive assignments on the fly, Chimezie moved around with ease and clear confidence. Keep in mind, he had knee surgery following last season and was out of action until this past May, and he still finished with 19 points and 13 rebounds. “After attending events like Hoop Group this summer, I know, I have more skills than what people imagine of me,” Chimezie said. “I showcased my great motor, played very hard, and I was more talented than others in my position.” Follow Arden on Twitter Follow Adam Zagoria on Twitter And like ZAGS on Facebook