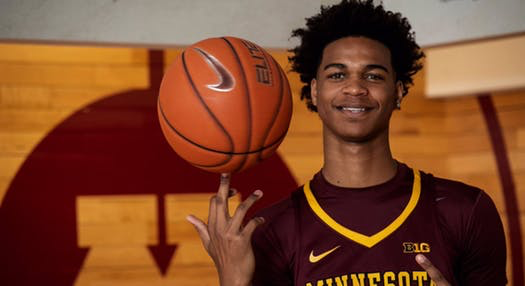 By RYAN McMULLEN Martice Mitchell, the 6-foot-10 center from Bloom (IL), announced his commitment to Minnesota on Monday night per Corey Evans. He picked the Golden Gophers over Rutgers. Mitchell is known for his versatility on both sides of the ball. He is continuing to add to his offensive arsenal. Mitchell is the first commit for Minnesota’s 2020 class. They are still in the running for five-star guard Jalen Suggs and four-stars Jamal Mashburn Jr., Dawson Garcia, and Kerwin Walton. According to 247Sports, Mitchell is a four-star prospect, ranked No. 125 nationally, and is the No. 24 power forward. Follow Ryan on Twitter Follow Adam Zagoria on Twitter And like ZAGS on Facebook