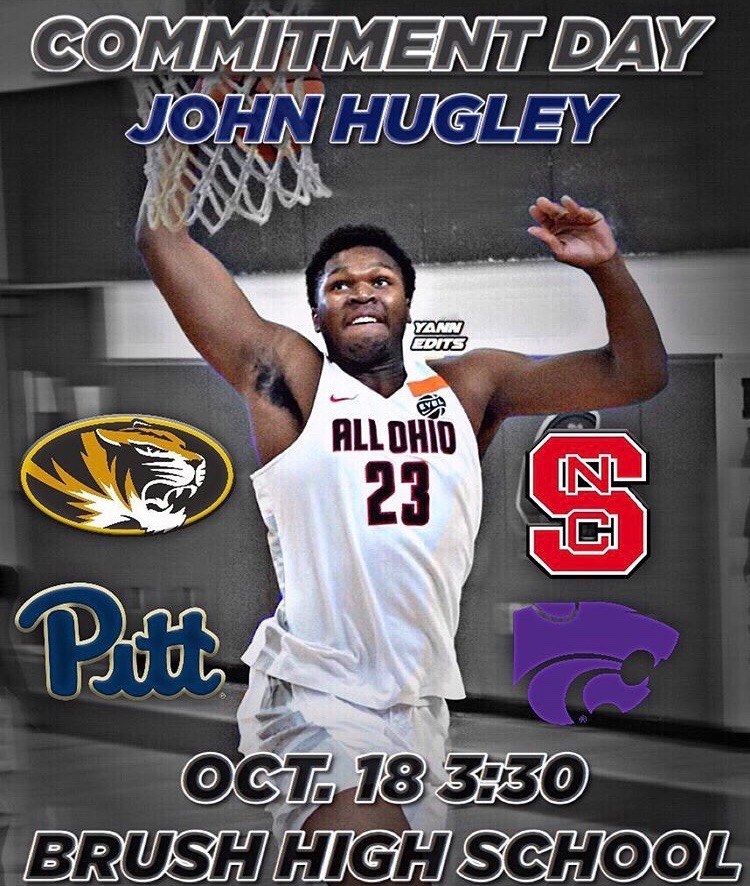 By RYAN McMULLEN John Hugley, the 6-foot-9 big man from the Brush (OH) School, will announce his college decision on Friday, October 18 at 3:30 pm at the Brush High Schools, he said Monday via Twitter. Hugley will choose between Kansas State, N.C. State, and Pittsburgh. According to Pittsburgh Sports Now, he has eliminated Cincinnati, Florida, Florida State, Miami (FL), Missouri, Nebraska, Penn State, UConn, and West Virginia from contention. He has taken two official visits to N.C. State and Pittsburgh this far. On October 4, Hugley will take an official visit to Kansas State. According to 247Sports, Hugley is ranked as the No. 74 overall player in 2020 and the No. 2 player from Ohio. Follow Ryan on Twitter Follow Adam Zagoria on Twitter And like ZAGS on Facebook

Niels Lane is Down to Three