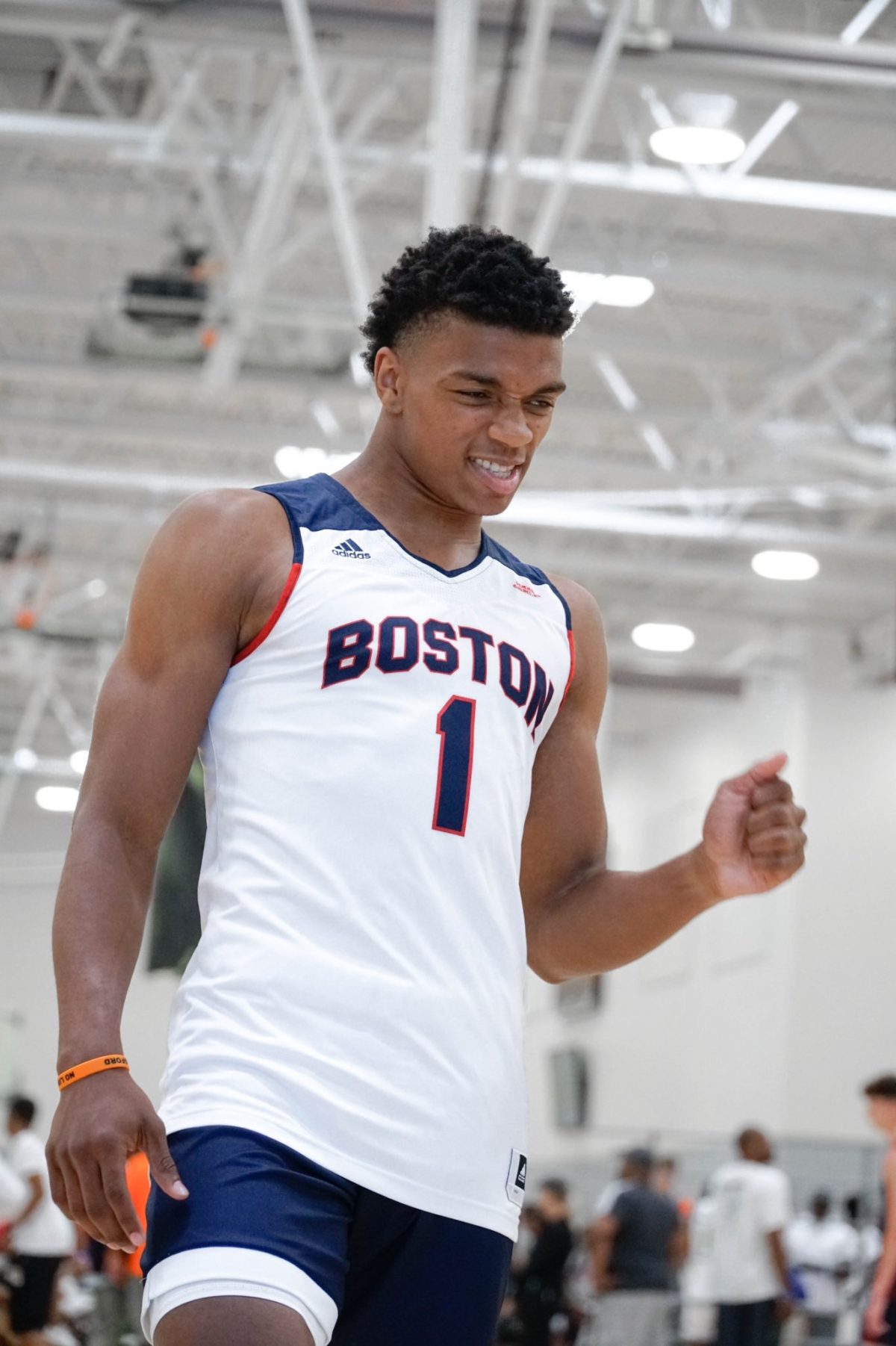 By RYAN McMULLEN DeMarr Langford, the 6-foot-4 guard from Brewster Academy (N.H.), announced his commitment to Boston College on Saturday. “After talking it over with my family, I made the best decision for my future,’’ he said. ‘With the NBA being my ultimate goal and BC’s coaching staff getting Jerome Robinson and Ky Bowman to the NBA, not to mention Coach (Scott) , who coached my dad 20 years ago or so, I really trust him and his player development process. He has coached about five NBA players, including Khris Middleton who I truly admire. ‘’Yes, I’m excited about the opportunity to play alongside of my brother Makai and to pursue a degree from a prestigious school such as BC, but that’s just icing on the cake. This decision was solely about me pursuing my dream to play at the highest level.” He picked the Eagles over North Carolina State and Texas A&M. “DeMarr is a winner in every way,” Vin Pastore of the Mass Rivals said. “He is elite on both sides of the ball and can cover all five positions on the basketball court. He is a terror off the bounce on offense and has a knack of getting his hands on a slew of offensive and defensive rebounds.” Langford is the second commit for BC’s 2020 class as he teams up with three-star center Justin Vander Baan. According to 247Sports, he is a four-star prospect, ranked No. 87 nationally, and is the No. 16 shooting guard. Follow Ryan on Twitter Follow Adam Zagoria on Twitter And like ZAGS on Facebook