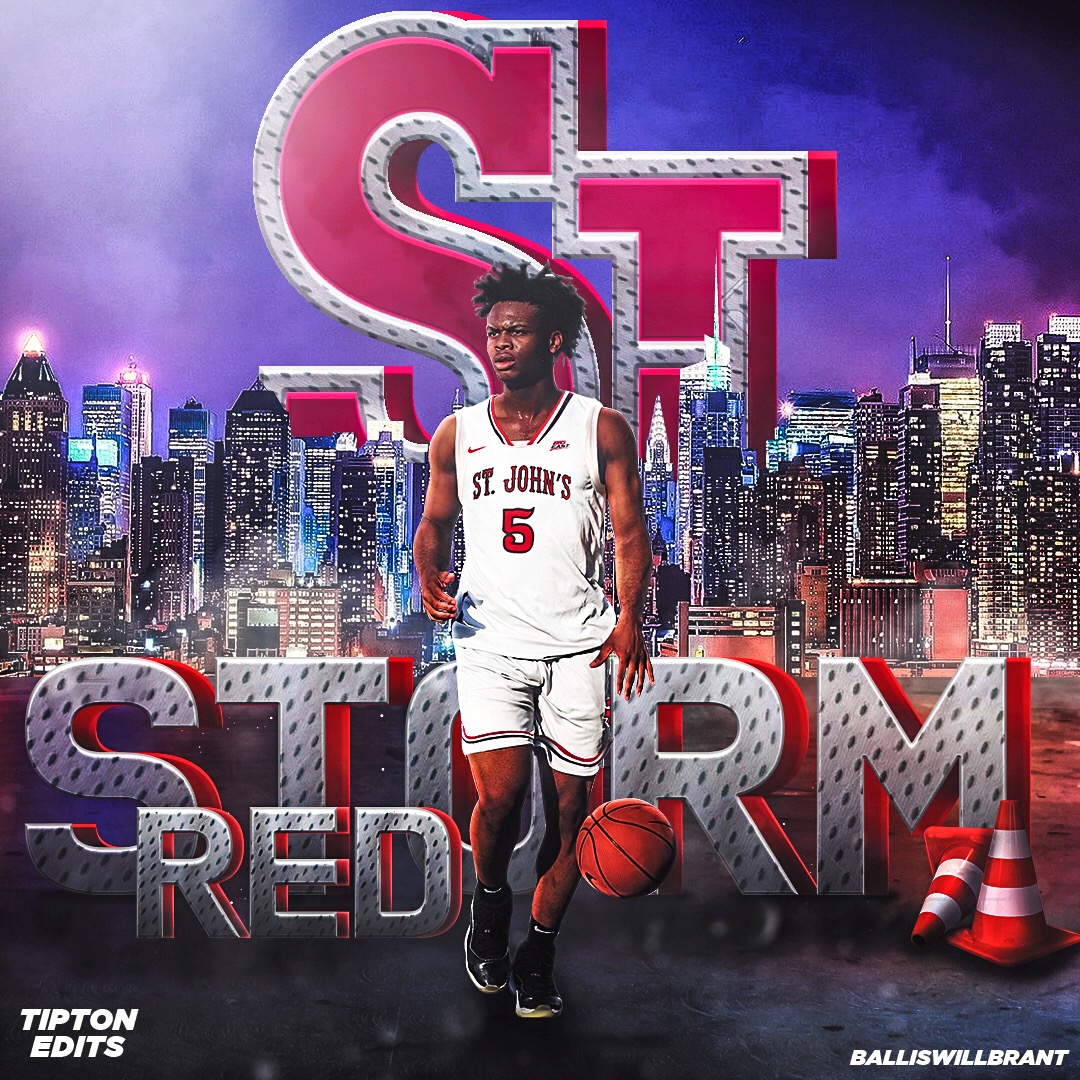 By ADAM ZAGORIA & EUGENE RAPAY Posh Alexander, the explosive 5-foot-11, 195-pound guard from Our Savior Lutheran and the NY Lightning AAU program, committed to St. John’s on Thursday. Alexander also considered Seton Hall, Dayton, Illinois Pitt. He is coach Mike Anderson’s first pledge in the Class of 2020. “For me, I just feel St. John’s is a great fit for me,” he said. “I wanted to and play in front of my family. They have a great coaching staff, and I love the way how they treat their kids. “ The Bronx native huddled with his family Wednesday night before deciding. “I’ve thought about it–like I realized–I talked to my family, , my program,” he said. “We just thought about it, we talked about it and then I knew I had to commit.” St. John’s was the first school to offer him, and now he’s come full circle. “Ever since 8th grade it just kept building and building and it built to the point I wanted to commit and I did,” he said. After former coach Chris Mullin left, Alexander said Anderson sold him on his vision for the future. “He basically told me we’ll treat you good,” he said. “You can play as a freshman, do all this. The way they play I just loved it, the defense, all of it.” He added of his new coach: “He’s a great guy. A , actually, a perfect guy. I feel like he’d be a great coach for his main thing is defense and that’s what I like to do. So that’s why I think we connected well.”
NY Lightning coach Dana Dingle said St. John’s is getting a special defender. “He’s a tough hard-nosed kid that plays both sides of the ball all out,” Dingle said. “He’s willing to put it all on the line to win and is one of the toughest players and best defenders in the country.”

The highly explosive Alexander broke his arm in the third game of last season while playing against Prolific Prep on The Grind Session. “I went up for a layup and a kid had hit me out the air,” he said in June. “And I come down, landed on my arm and it brokeI missed the whole season and I was out for like three months.” Now he’s back, having averaged 13.6 points, 5.3 assists and 3.4 rebounds in 22 games this summer on the Nike EYBL circuit. Alexander still needs to shed more weight after putting it on during the time he missed. “I look kind of big,” he said in June. “I’m in the gym every day to lose weight. It’s going to be a process to lose weight and get back to how I used to play and just keep winning.” At. St. John’s, he plans to be a “playmaker, handling the ball, giving up good passes, scoring when my team needs to score and just being a leader.” Follow Adam Zagoria on Twitter And Like ZAGS on Facebook