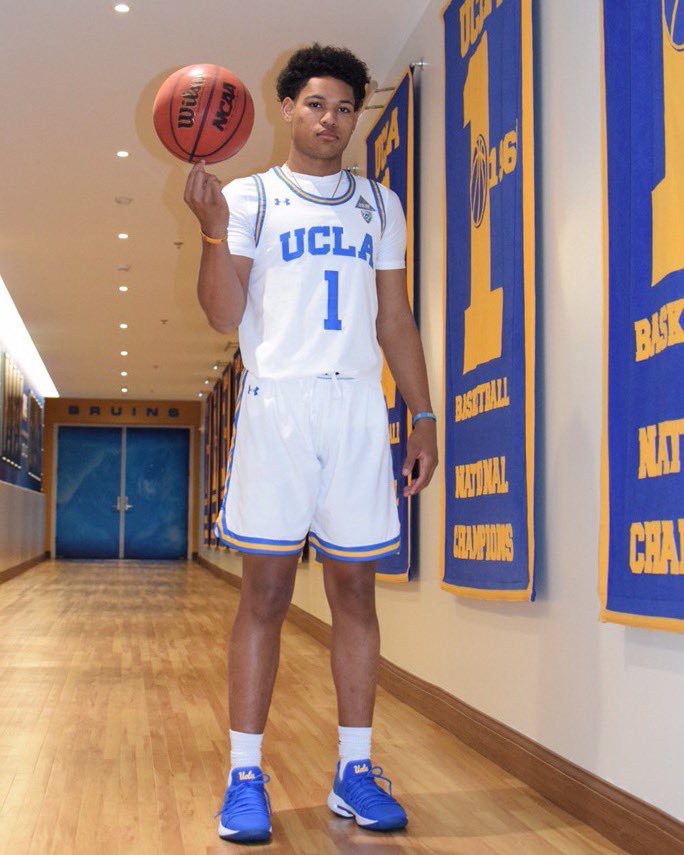 By JACOB POLACHECK Daishen Nix, the 6-foot-5 point guard from Trinity International (NV) Schools, committed to UCLA on Tuesday, as first reported by 247Sports. Nix took his second official visit to UCLA last week (Aug. 16). “I loved the weather out there, the visit I had over the weekend was just unbelievable,” he told 247Sports. “It just really caught my eye.” Nix chose UCLA over his final five of Alabama, Kansas, Kentucky and Maryland. In addition to UCLA, Nix took his first official visit to Maryland (Nov. 28). “Most of my family is round the west coast, so if I leave to go to UCLA it’s not that hard for them to fly over and drive over to see me,” Nix said when asked about his college choice. Nix is the first commit in UCLA’s 2020 class. “They have a new coaching staff,” Nix said. “They develop players well and coach [Mick] Cronin says he’s changing his system where he’s running more. It’ll be perfect for me because I like open space and passing the ball.”
Follow Jacob on Twitter Follow Adam Zagoria on Twitter And Like ZAGS on Facebook