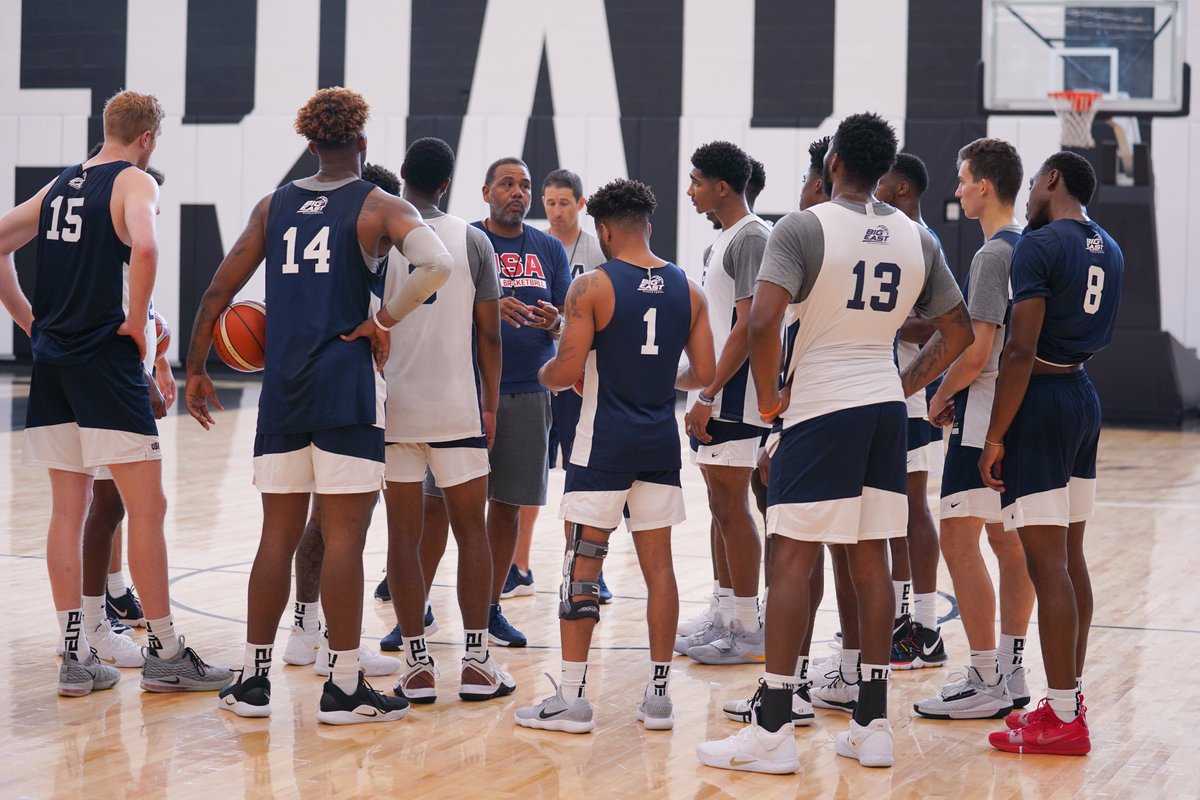 By ADAM ZAGORIA Myles Cale has never been outside of the United States. Myles Powell has never been beyond North America. Now in the next few weeks, the Seton Hall duo will rack up the frequent flyer miles by traveling to Peru for the Pan Am Games with a Big East all-star team and then to Italy with their fellow Pirates for an August trip. “This is my first time overseas anywhere,” the 6-foot-2 Powell said Tuesday by phone from practice at Providence College. “I told the Big East I’m thankful for them picking me. This is a great opportunity and I’m blessed to be in the situation I’m in.” Powell and the 6-6 Cale are part of the pool of Big East players eligible for the 2019 Pan American Games in Lima, Peru, on July 31-August 4. The team is coached by Providence’s Ed Cooley, while Seton Hall’s Kevin Willard and Brown’s Mike Martin are the assistants. Seton Hall will then take a separate 10-day trip to Italy Aug. 7-16 to compete against three Italian Select teams. After testing the NBA Draft process and working out for several teams, Powell returned to Seton Hall having been told by NBA folks that he needs to work on his ball-handling and point guard skills. “I think the biggest thing he has to show is a little bit more consistency with his decision-making,” said Willard, whose team is projected to be in the Top 10 of some preseason polls. “I think that’s the one feedback that we got, probably more than anything, is that everybody knows he can shoot it and score, but he’s got to be able to make consistently good decisions, which he’s capable of doing and I think he will next year.” Villanova’s Collin Gillespie and Providence’s David Duke are expected to handle most of the point guard duties for the Pan Am Games team, but Powell said he’s ready to help out, too. “I feel like it will help me a lot,” Powell said. “I know that I can score but that’s the good thing about this team, is we have so many scorers and so many dominant players, I don’t have to do so much scoring so now I can work on the things that the NBA wanted me to work on as being a point guard and sharing the ball and putting the ball in the right spots for everybody to score.” Cale said he has no doubt that Powell can play in the NBA eventually. “I actually think he can play with those vets up in the league,” Cale said. Cale called it a “blessing” to be on the Pan Am team and said he “feels fortunate” to be traveling to both Peru and Italy with Powell and Willard. “It’s just going to build a strong relationship between us, seeing different competition around the world and seeing how people live outside of basketball,” Cale said. “It’s just going to bring us closer naturally.” As for Seton Hall, Powell said he feels the team will be “really good,” especially with the addition of 7-foot-1 shot-blocker Ike Obiagu, who averaged 2.1 blocks along with 2.3 points and 2.6 rebounds two years ago with Florida State. “Now Sandro [Mamukelashvili] can play the position that he always wants to play and just be a four because now we have two 7-footers [in Obiagu and Romaro Gill],” Powell said. “If one of them gets in foul trouble, you got the next one coming in. Ro has been improving his game, and everybody’s waiting to see what Ikey can do. I’m sure he’s not going to be a disappointment. He blocks a lot of shots, he’s a big defender and he’s going to learn how to score more.” Powell said he expects Canadian freshman Tyrese Samuel to surprise people after averaging 9.1 points and 6.4 rebounds with the an U19 team at the FIBA U19 World Cup. “His body is so long,” Powell said. “I feel like he’s going to help us a lot, too.” Despite four straight appearances in the Big Dance, Seton Hall has won just one NCAA Tournament game under Willard. Cale thinks this is the year they could make a run. “I definitely think we can be one of the top teams in the country,” he said. “I got a lot of confidence in our team right now.” Powell and Cale have their passports ready to go, first to South America and then to Europe. The first goal is to win a gold medal in Peru. “Yeah,” Powell said. “They say it hasn’t been done in 36 years, so to be able to do it with this group heading into my senior year that would be one hell of an accomplishment to add to my resume.” Follow Adam Zagoria on Twitter And like ZAGS on Facebook “