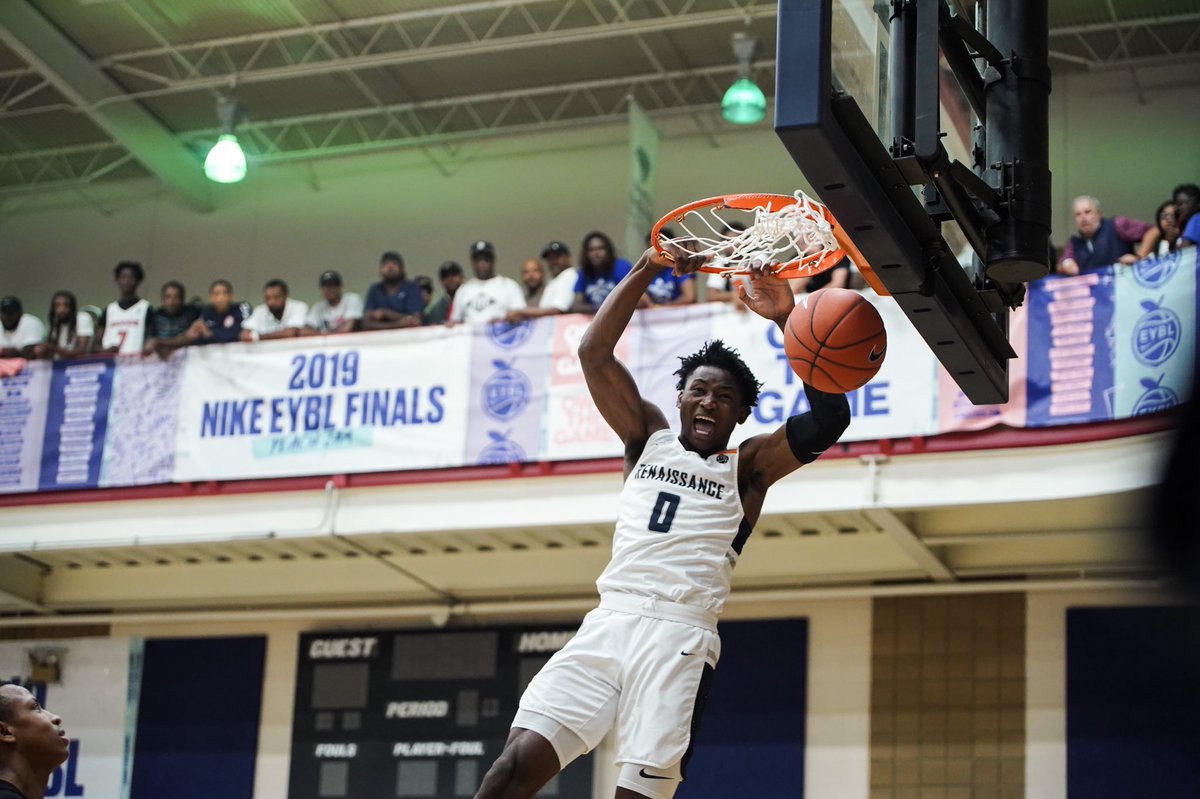 By ADAM ZAGORIA Jonathan Kuminga, the 6-foot-9, 218-pound wing from the NY Rens, picked up a scholarship offer from Duke on Tuesday after head coach Mike Krzyzewski and his staff followed him last week at the Peach Jam.

Blessed and grateful to have received an offer from coach k and Duke university #BrotherHood? pic.twitter.com/uWCKAFHxDh

, the No. 1 player in the Class of 2021 and arguably the top high school player regardless of class, averaged 27.4 points and 6.0 rebounds in five games before the Rens fell to Mokan Elite, 81-70, in the quarterfinals on Saturday. He was named to the ZAGSBLOG All-Peach Jam First Team. “Jonathan is not only a terrific basketball player, but he is a great teammate and a great person,” Rens coach Andy Borman, who is a former Duke player, said Wednesday. “He has earned everything and is hungry to continue to get better.” Kuminga joins A.J. Griffin and Patrick Baldwin Jr. among a select group of Class of 2021 stars with Duke offers. Follow Adam Zagoria on Twitter And like ZAGS on Facebook