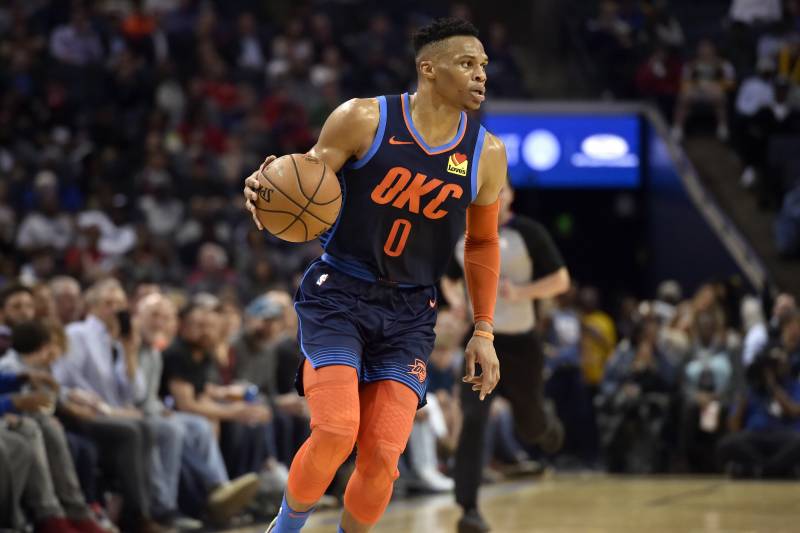 By JACOB POLACHECK The Oklahoma City Thunder agreed to trade Russell Westbrook to the Houston Rockets for Chris Paul, first-round picks in 2024 and 2026, pick swaps in 2021 and 2025, ESPN’s Adrian Wojnarowksi reported Thursday. This deal will reunite Westbrook and 2018 NBA MVP James Harden, who played together with the Thunder from 2009-12. Westbrook, the 2017 NBA MVP, is coming off a 2018-19 campaign in which he averaged 22.9 points, 11.1 rebounds and 10.7 assists per game, in 73 games. Westbrook is owed $171.1 million over the next four seasons and will make $47.1 million alone in 2022-23, assuming he opts in to the final year of his contract. Follow Jacob on Twitter Follow Adam Zagoria on Twitter And Like ZAGS on Facebook

Michigan State, Kansas could square off in Maui Invitational final