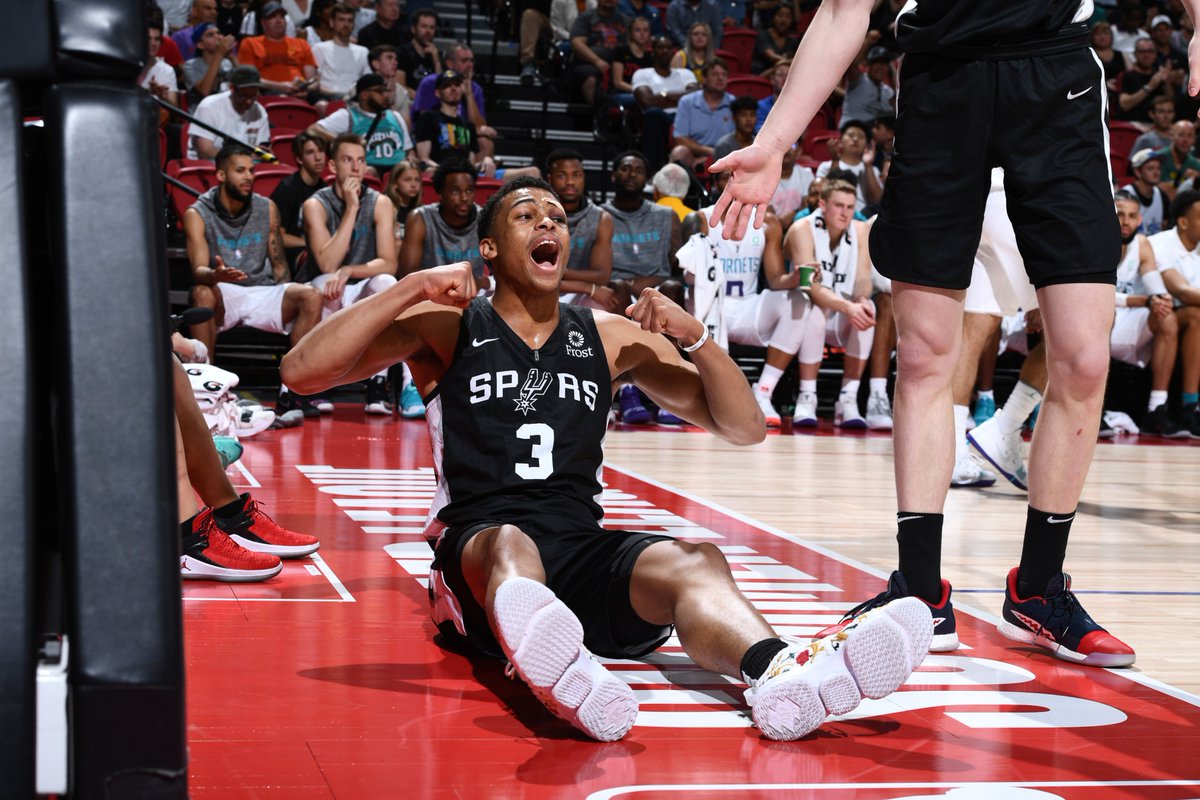 By ADAM ZAGORIA Former Kentucky wing Keldon Johnson was impressive yet again on Sunday in NBA Summer League play. Johnson went for 19 points on 6-of-10 shooting with 4 rebounds as the Spurs beat the Hornets, 106-99, in Las Vegas. Johnson, the No. 29 pick in the NBA Draft, also went for 29 points on July 2 in a Spurs loss to the Grizzlies. “It’s been nerve-wracking, there’s a lot of built-up emotion,” he said on ESPN of the draft process. “Now it’s the easy part. I’m here with my team. We’re just having fun, we’re sticking together and we’re just coming to summer league to get some wins.”

Keldon Johnson finishes the Eurostep with the and-1 ? pic.twitter.com/3ZDTM8CPgw

The Virginia native was Kentucky’s No. 3 scorer and rebounder. He was selected by Southeastern Conference coaches as Freshman of the Year and a second-team All-SEC choice. He averaged 13.5 points and 5.9 rebounds per game. “it’s a different pace, I would say,” he said when asked to compare the NBA game to college. “You just gotta adjust with the pace and that’s what I’m doing. Just try to slow it down and just play basketball.” Johnson said Kentucky coach John Calipari has stayed in touch. Johnson was part of a draft class that also included P.J. Washington and Tyler Herro. “Oh definitely, he tells me that he’s proud of me,” Johnson said. “Just keep doing what I’m doing and just keep having fun.” Johnson had to wait until the 29th pick to get chosen last month at the Draft in Brooklyn, but he landed with one of the NBA’s most respected franchises. “It’s amazing,” he said. “I think this is one of the best organizations in the league, if not the best. Just coming in, attention to detail. And is first. Throughout anything you do, you gotta play defense to stay on the court, and once you do that you’ll be fine.” Photo: NBA Follow Adam Zagoria on Twitter And Like ZAGS on Facebook