Kentucky the latest to reach out to Canadian guard Karim Mane 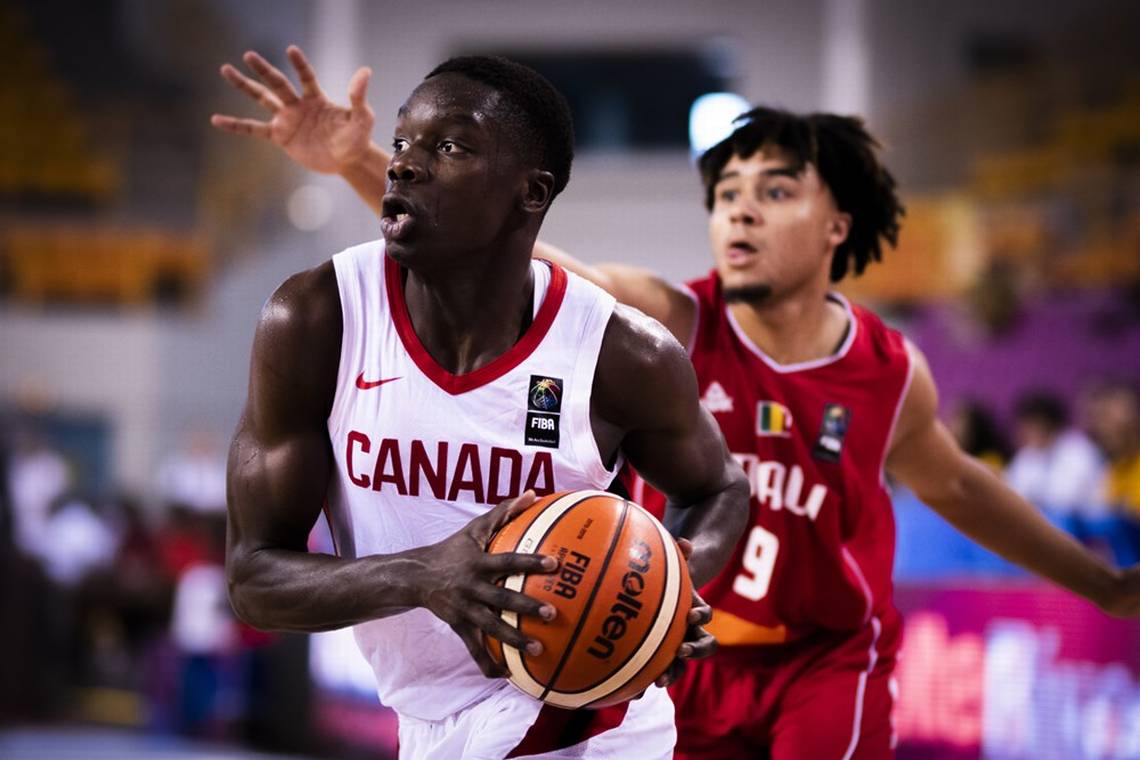 By ADAM ZAGORIA Kentucky is the latest high-major program to reach out to Karim Mane, the 6-foot-5, 190-pound combo guard from Vanier College in Montreal and the Under Armour Canada Elite AAU program. Mane is currently with the Canadian U19 team in Greece at the FIBA U19 World Cup, where he was averaging 14.7 points, 7.3 rebounds and 4.3 assists per game through three games. “Kentucky has reached out, their assistants are there,” Shane James, the co-director of Under Armour Canada Elite said Wednesday by phone from Toronto. “They want Coach Cal [John Calipari] to see him play probably later on in July. quite a bit of out there.” Kentucky has tapped into Canadian talent in recent years with Shai Gilgeous-Alexander, Jamal Murray and Trey Lyles.

Maryland coach Mark Turgeon is also in Greece for Mane. Mane has taken one official visit to Maryland, while Kansas, Texas, Illinois, Xavier, Providence, Oregon, Wake Forest, Seton Hall Arizona State are also involved, said James, who played for Jimmy Patsos at Loyola-Maryland. “It was great,” Mane told 247Sports.com in Greece of the Maryland visit. “I just got to get a feel for the campus and stuff like that.” “He’s got one under his belt, he plans on taking a few more [official visits] in the fall,” James said. Mane is from the same Toronto-based AAU program that produced Thon Maker, Justin Jackson and Nickeil Alexander-Walker and James Mane is the next in that line. Canada just had a record six players taken in the NBA Draft. “We’ve had Thon Maker, Justin Jackson Nickeil Alexander-Walker get drafted,” James said. “We’re hoping Karim is that next guy.” He added: “The kid was kind of flying under the radar until we got him this year,” James said. “He’s got a 7-foot wingspan and he’s a 6-5 point guard. That’s kind of unheard of to have that kind of length. “He’s got a nice frame on him. The kid can really shoot the ball. He shoots it from deep. He’s shooting NBA threes already. He’s shooting it off the bounce, he’s shooting it off the catch. He’s an explosive athlete.” Follow Adam Zagoria on Twitter And Like ZAGS on Facebook