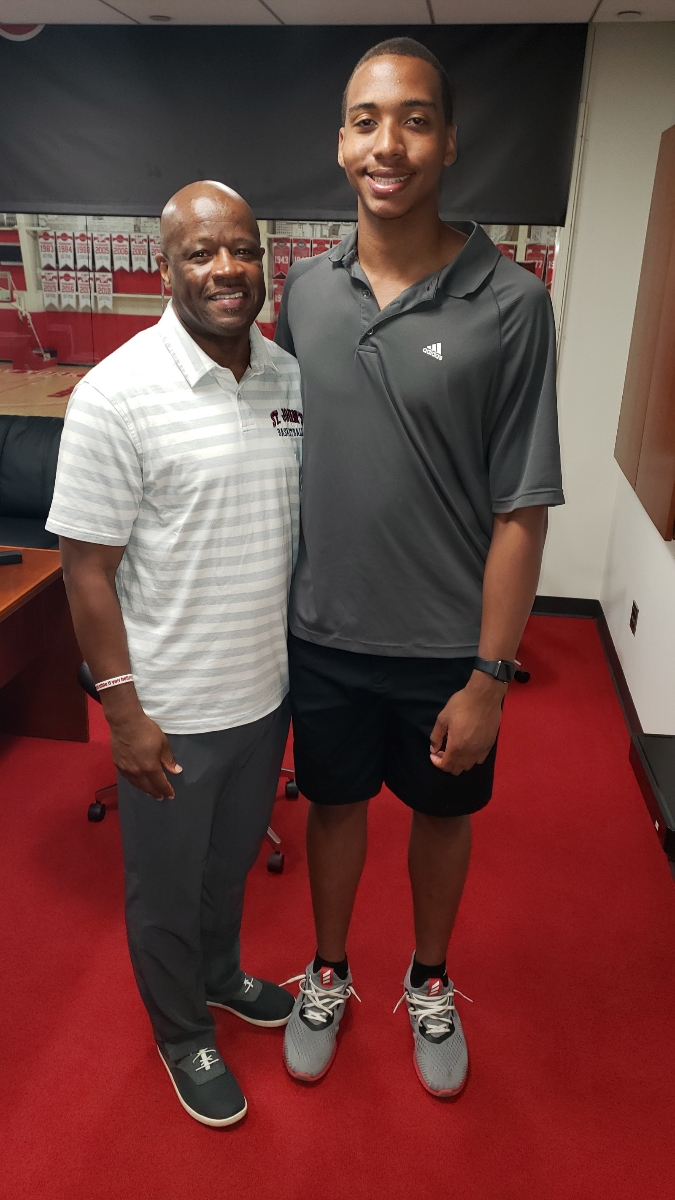 By ADAM ZAGORIA Zed Key, the 6-foot-8, 230-pound forward from Long Island Lutheran and the NY Jayhawks AAU program, took an unofficial visit to St. John’s on Thursday and continues to see his recruiting take off. “I liked it, it’s a small campus,” he said Friday by phone. “I liked the coaching staff, they gave me good information about the school and the program.” Asked if feels he’s a priority for new coach Mike Anderson, Key said, “Yes, they really want me at St. John’s.” St. John’s is also involved for Andre Curbelo, Key’s teammate who is currently in Greece with the Puerto Rican U19 team at the FIBA U19 World Cup. Key said several schools are recruiting both players, including St. John’s, TCU, Florida and Rutgers, and it’s possible they could go to school together. “There’s a whole bunch of them that really want both of us,” Key said. “We’re going to have some conversations and that’s a possibility.” Key is also being courted heavily by Florida, Wisconsin, Virginia Tech, Ohio State, Marquette, Rhode Island and Providence. His only official visit currently set is for Florida in September. “Florida is definitely set in stone for September and I’m trying to figure out what else,” he said. “What I like about Florida is the weather is really nice, they have really nice facilities down there, nice arena, really good coaching staff,” he said. “They really care about their players and they really want me down at Florida also. They really want me to commit there.” He plans to cut his list in the “near future.” “I’ll look over what schools I have and make some decisions,” he said. Wherever he goes he plans to be “a hard worker.” “I always work hard,” he said. I’m a good energy guy. I have a good motor. I just keep running. I’m a good post player. I rebound on the offensive and defensive end and I block shots.” ST. JOHN’S HOSTED HASSAN DIARRA St. John’s this week also hosted of 2020 Putnam Science (CT) point guard Hassan Diarra. “The campus looks good, good facilities, and the vision coach has ,” he said of what he liked of the visit. Follow Adam Zagoria on Twitter And like ZAGS on Facebook