Darius Garland to work out for Knicks on Wednesday; Coach K says R.J. Barrett will ‘flourish’ in New York 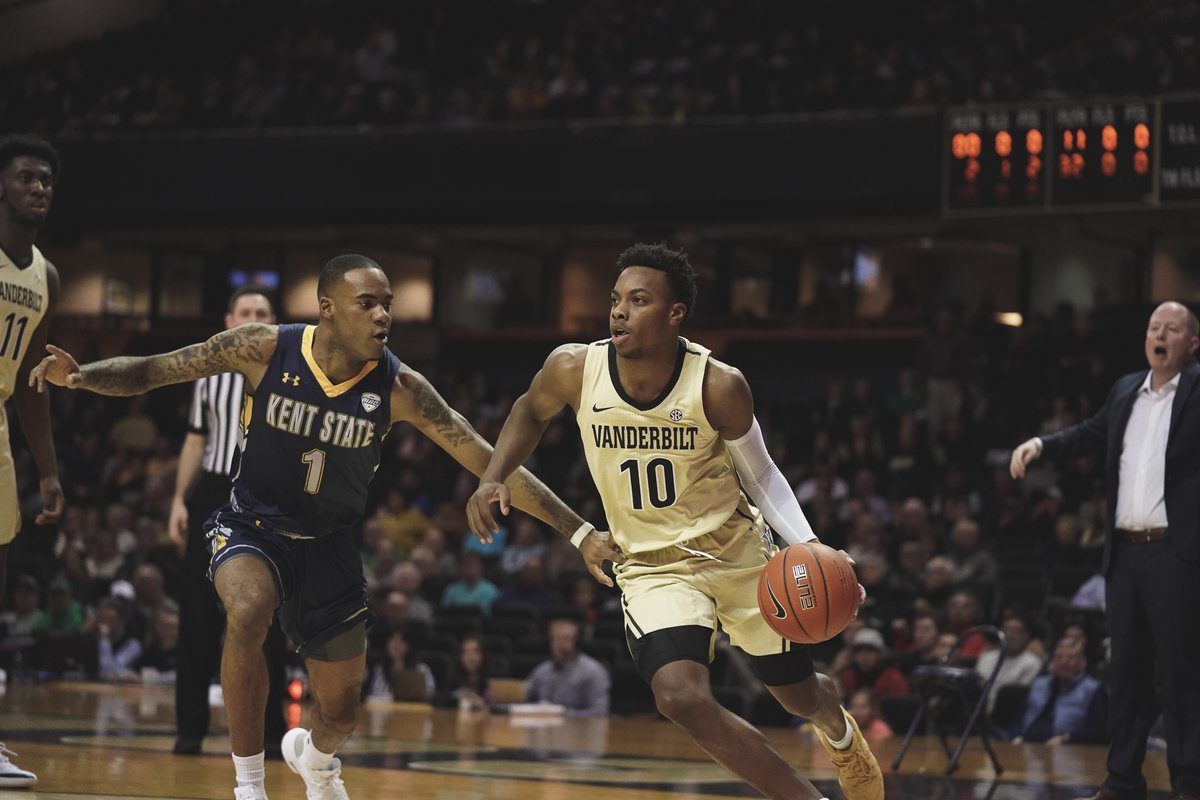 By ADAM ZAGORIA Former Vanderbilt point guard Darius Garland will work out for the Knicks on Wednesday at their facility in Greenburgh, N.Y., a league source confirmed. The news was first reported by ESPN’s Jonathan Givony. The 6-foot-3 Garland has already worked out for the Cavaliers, Lakers Bulls. He has drawn comparisons to Trail Blazers’ star Damian Lillard. The Knicks already have Dennis Smith Jr. and Frank Ntilikina under contract for next season. Garland suffered a meniscus injury to his left knee against Kent State on November 23 and did not play for Vanderbilt afterward. Garland the No. 5 pick in the Draft to the Cavaliers, per ESPN.com. Former Duke wing R.J. Barrett is still projected at No. 3 to the Knicks. Barrett made it clear after his workout last week that he wanted to play in New York, saying the Knicks were the only team for which he was working out. Meantime, Coach K is already assuming the Knicks will take Barrett at No. 3, saying he’ll “flourish” in New York. “R.J. will flourish here in New York,” Coach K said on his Sirius radio show. “He wants to be here. He is so mature. He just turned 19 last Friday, but he’s been a part of the Canadian basketball program since [he was] a little guy, always played up. And what says a lot about him is his relationship with Zion. You know, the two of them could [have been] very jealous of one another, envious. [Instead] they became brothers. Literally. They love one another. And this kid is a multi-dimensional player. He would start right away. He has the potential to be a double-double guy. He’s a great defensive rebounder, and if he gets the defensive rebound he can push, and he can play one through four. Because he can pass too. As he grows, there’ll be times in this kid’s career where the triple-double will happen more than once. He’s a star. There’s no question. Beautiful, beautiful kid.” Release/Photo: Vandy Basketball Follow Adam Zagoria on Twitter And Like ZAGS on Facebook