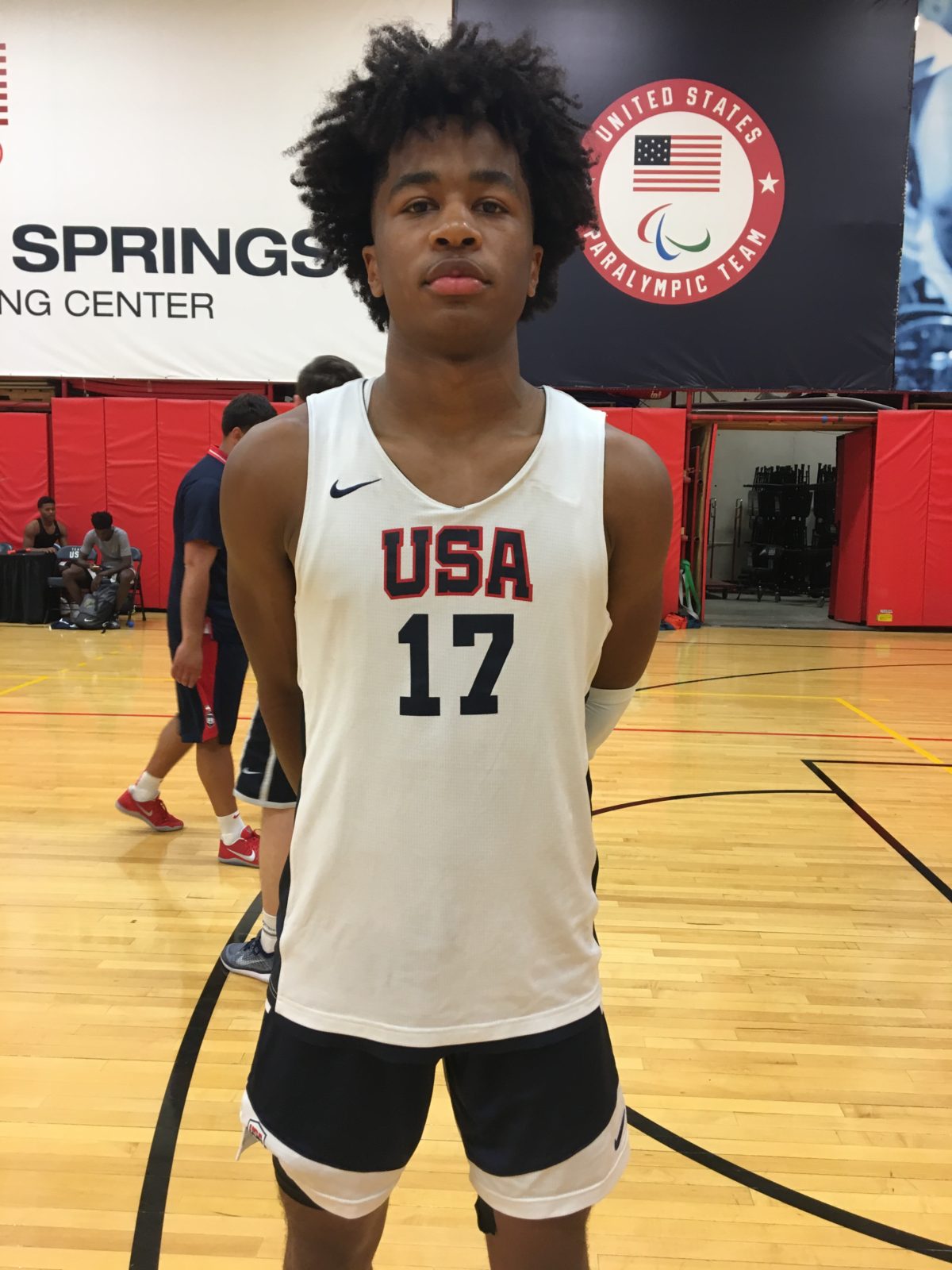 By JACOB POLACHECK COLORADO SPRINGS, Co. — Sharife Cooper, the 6-foot-2 point guard from McEachern (GA), told ZAGSBLOG Sunday at the Team USA U-19 Training Camp that his recruitment is “wide open”. “I’m wide open right now,” said Cooper. “I’m just taking it in from a lot of coaches.” Cooper has no upcoming visits planned. Kentucky and Auburn are believed to be two of the schools in the best position to land the five-star guard. However, Cooper said he has not cut his list down. “I love the coaching staff at Auburn,” said Cooper. “They have a great family feel.” He took his first official visit to Auburn last year (Oct. 12). Kentucky had head coach John Calipari and assistant Joel Justus were among the coaches in on Monday to watch Cooper. “I like the straight to business aspect [at Kentucky],” said Cooper. “They have an aspect about being at the next level, getting better, working for your spot and having nothing given to you. ” Cooper also broke down what he’s looking for in a school: “Just somewhere that I can be comfortable as well as be pushed,” he said. “I want to go somewhere that my family can be comfortable, with a family atmosphere.” Cooper had a very strong showing during the Sunday practice at the Team USA Training Camp. “It’s definitely fun, playing with everyone and competing. The coaches are giving me good information using my game,” said Cooper. “I’ve done alright. I’m still getting used to the system, but I feel like I’m getting my teammates involved and playing solid.” In terms of his game, Cooper described himself as “a player that knows the game well”. “I like to get my teammates involved before I can score,” he said. “I can score, pass and rebound.” Follow Jacob on Twitter Follow Adam Zagoria on Twitter And Like ZAGS on Facebook