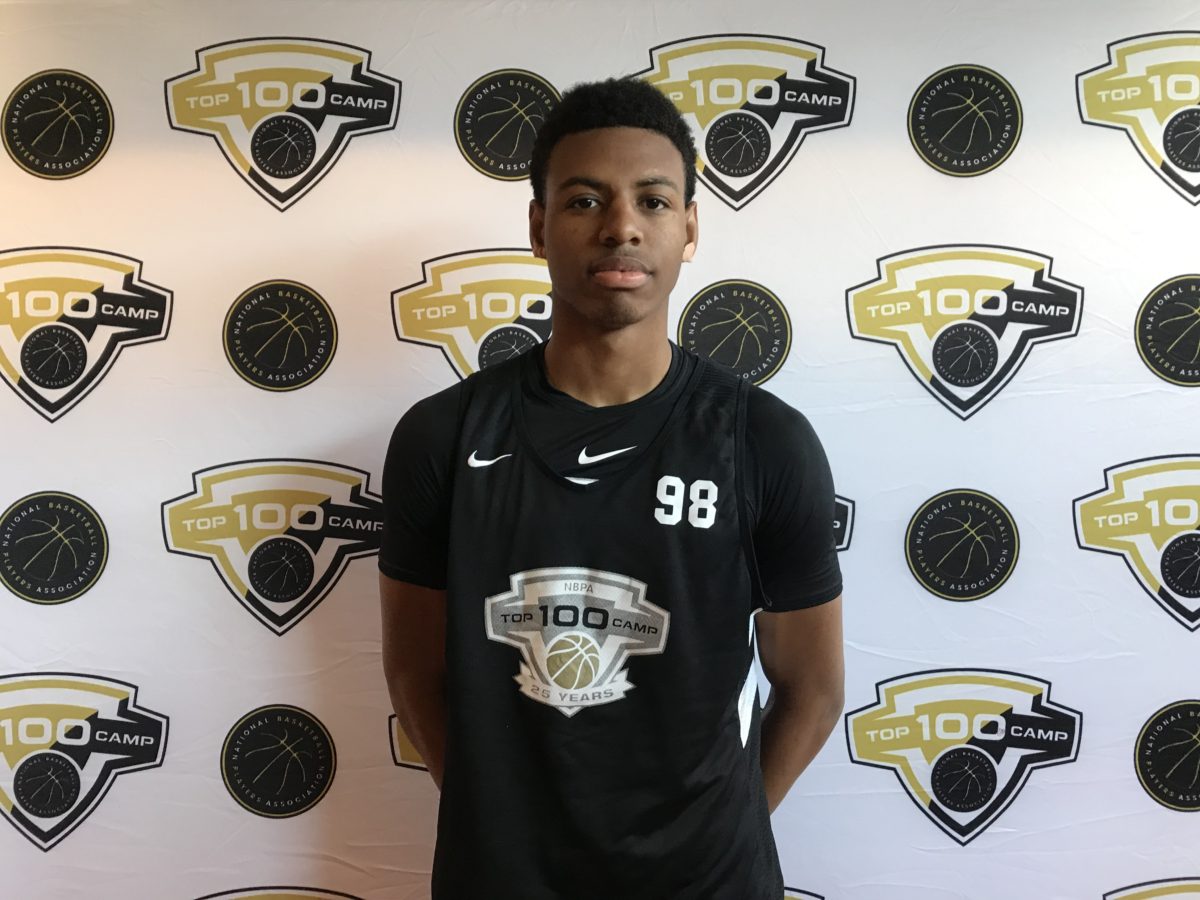 By ARI ROSENFELD CHARLOTTESVILLE, Va. — Noah Collier, the Class of 2020 forward from Westtown School (Pa.) and Team Final, had a bit of a different chip on his shoulder entering his time this week at the NBPA Top 100 Camp. received a last-minute invitation to the camp earlier in the week, Collier was on a mission to prove he belonged amongst the nation’s best. So far this week, the 6-foot-8 forward has done just that, averaging 12 points per game by attacking the rim and in transition and on the offensive glass. “It was of the moment. It was a 50/50 decision,” Collier said. “I didn’t know if I wanted to come or not, and then I thought about it and felt that the late invite was something that I wanted to come down here and prove people wrong about and show them that I should have been here from the beginning, and I feel like I’ve been doing that throughout the entirety of the camp.” led recruitment thus far, having already begun his official visit tour and also taken a number of unofficial visits during the school year. Through that process, he mentioned a few schools that have begun to stand out and who are contacting him the most: Syracuse, UConn (where he took a March official visit), Xavier, and Maryland. He broke down those schools and their respective pitches in more detail: UConn- “I enjoyed [the official visit] a lot. I got to talk to Ray Allen, that was cool. I got to meet all the coaching staff and go out to eat with them, and they’re really good people. My roommate Jalen goes there, so it’s a nice school, I like it.” Syracuse- “I’m really close with their staff as well, I like them a lot. They came down to Westtown a couple times, probably a month or so ago, just to talk really. They like me a lot. It’s a great campus, atmosphere, and that’s really their biggest pitch. It’s awesome there, has history, and they have a great history with people like me.” Maryland- “I haven’t gotten to talk to them as much lately, but when I was down there they just felt like I fit their system really well. They have a lot of athletic players and I’m an athletic forward, so I could just play really well within their system.” UConn and Syracuse each also have an extra recruiter on their side when it comes to their respective pursuits of Collier, with his Westtown teammates Jalen Gaffney (UConn) and John Bol Ajak (Syracuse) set to attend those schools starting this summer. Collier wasn’t even able to differentiate which one of the two is recruiting him harder. “Bol and Jalen, they’re equal,” he said. “Every day I hear something. I live with both of them in the dorms so I’m always hearing something every day between them. They’re always giving me shirts and stuff, they’re crazy.”
undecided on where he may take the rest of his official visits, though he did say he would like to have a final decision made by the start of his senior season at Westtown. recruitment may appear to have taken its final form, he noted that he is open to additional offers as he plays in front of coaches with Westtown (during June evaluation events at Blair Academy and Hun School) and with Team Final (at the Nike Peach Jam in July). “If I get any more offers over the summer, those are gonna be schools that I try to take officials to,” he said, “but if not then I’m gonna go back to some of the schools I’ve really visited and where I really like.” Follow Ari on Twitter Follow Adam Zagoria on Twitter And like ZAGS on Facebook