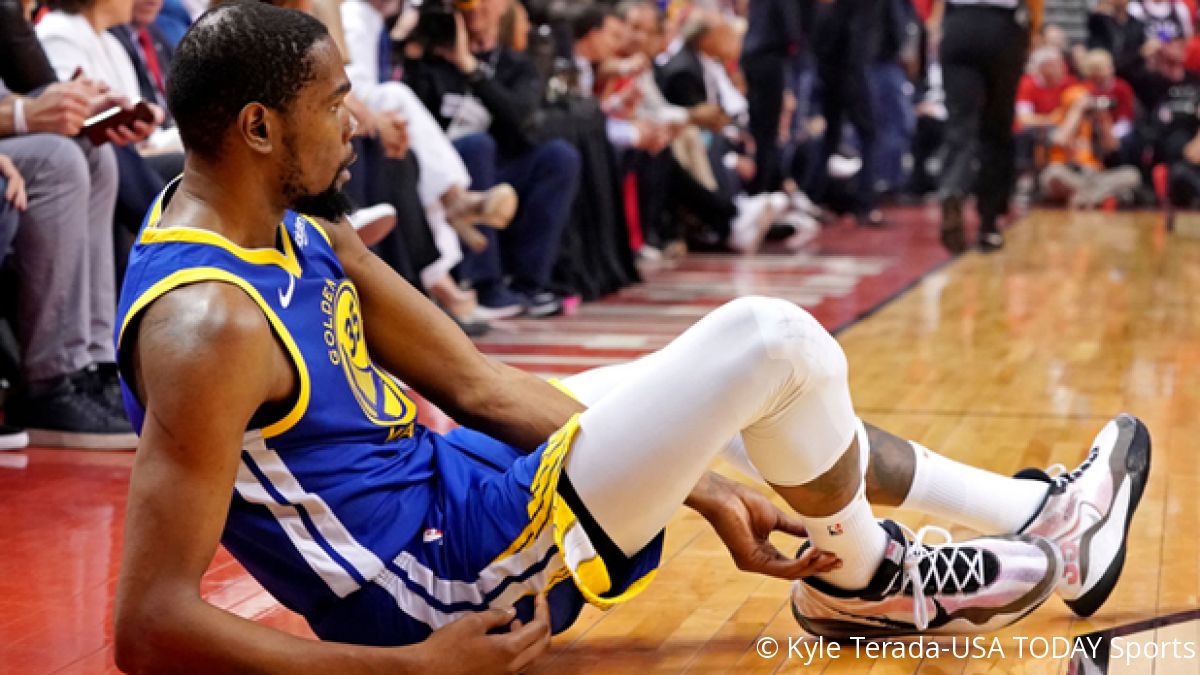 By ADAM ZAGORIA Kevin Durant could miss up to a year with what the Golden State Warriors fear is an Achilles’ injury — and the entire complexion of the NBA has changed as a result. The Knicks, Nets, Lakers Clippers are all thought leading contenders for Durant, but will they all still pursue he could miss up to a year? Durant is slated to undergo an MRI on Tuesday after going down in the second quarter of Game 5 Monday night. “The NBA just changed,” ESPN’s Brian Windhorst said on air. “The NBA . Next year teams are all over themselves to get Durant. to be this pecking order. Teams are making trades to clear . The thought was he’s going to be available on the market.” The Knicks, for example, were thought by many around the league to be contenders to land Durant in free agency this summer. had Durant already purchasing property in the New York area. Read the full story on FloHoops.com.