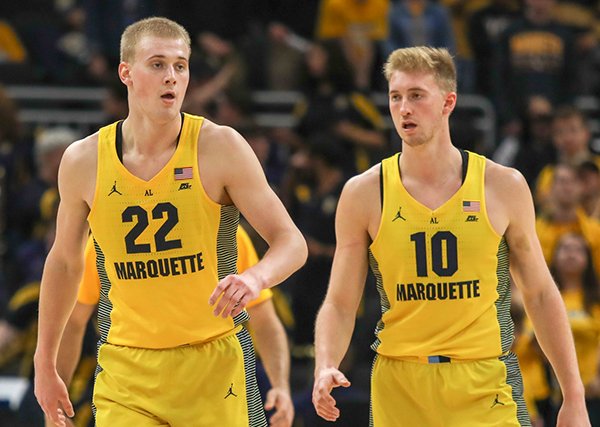 By ADAM ZAGORIA Sam and Joey Hauser are headed to different schools. Sam Hauser, a 6-foot-8 junior forward, picked Virginia, while Joey Hauser, a 6-9 freshman, chose Michigan State, according to Twitters. Both must sit a year per NCAA transfer rules. Sam was Marquette’s second-leading scorer at 14.9 points per game along with 7.2 rebounds per game. Joey Hauser averaged 9.7 points and 5.3 rebounds. Marquette star Markus Howard, the reigning Big East Player of the Year, previously announced he would return for his senior season. Howard averaged 25.0 points, 4.0 rebounds and 3.9 assists. Marquette likely would have been the favorite to win the Big East had all three players returned. Now the league appears more wide open, with Villanova, Seton Hall, Georgetown Creighton all expected to have strong teams.