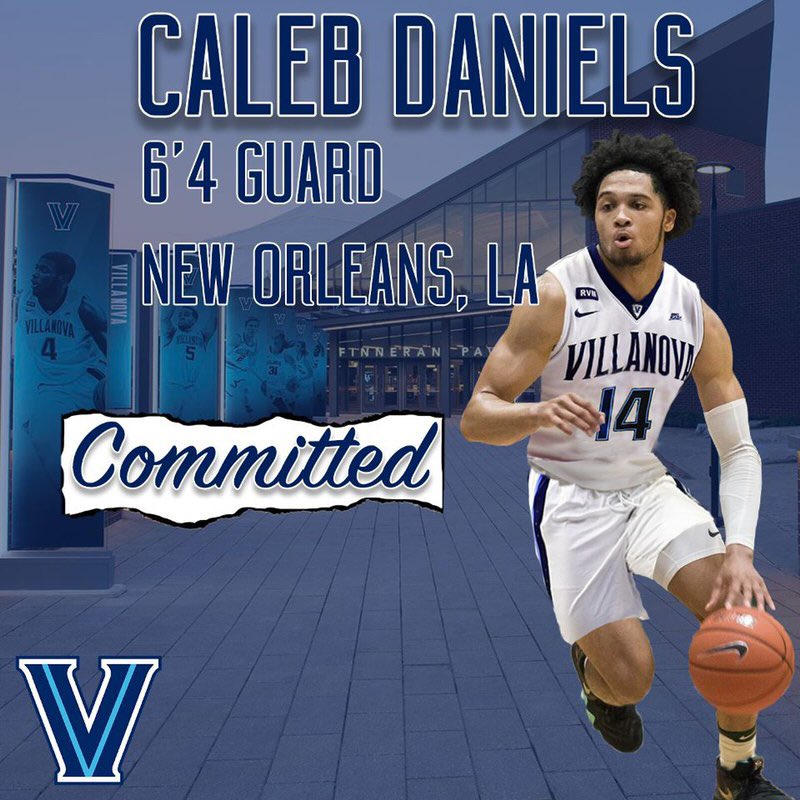 Caleb Daniels, a 6-4 guard who spent two seasons at Tulane University, has signed a grant in aid Villanova, the school announced. Daniels will sit out the 2019-20 season per NCAA transfer then retain two seasons of eligibility beginning with the 2020-21 campaign.

Daniels is a New Orleans native who was the class of 2017 valedictorian at St. Augustine’s High School – which is also the alma mater of Villanova’s all-time scoring leader, Kerry Kittles. In 2018-19 Daniels averaged 16.9 points per game for the Green Wave along with 5.3 rebounds per contest while starting all 30 games in which he appeared. He connected on .445 of his field goal attempts (174-of-391) and .345 of his attempts from beyond the 3-point arc (47-of-136). “We are excited to have Caleb join our ,” said Villanova head coach Jay Wright. “He is an and will be a great addition to our campus community. His skills at the guard position will give us an experienced, efficient player in 2020-21.” As a freshman in 2017-18, Daniels averaged 6.4 points, 2.2 points, 1.4 assists, and 18.3 minutes per contest for the Green Wave. Villanova will feature no fewer than when it begins preparations for the 2019-20 campaign as also welcome incoming freshmen Bryan Antoine, Chris Arcidiacono, Eric Dixon, Justin Moore and Jeremiah Robinson-Earl alongside Daniels. Follow Adam Zagoria on Twitter And Like ZAGS on Facebook