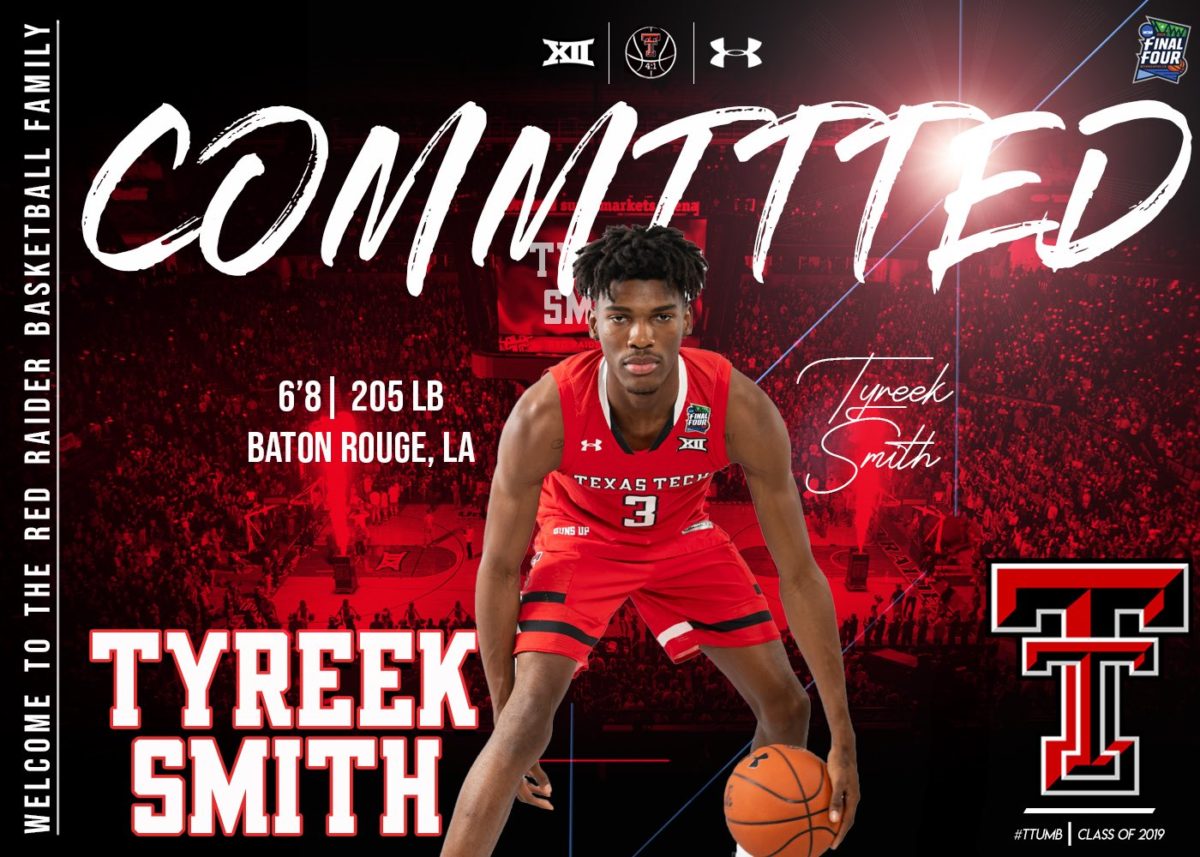 By RYAN McMULLEN Tyreek Smith, the 6-foot-8 forward from Trinity Christian School (TX), announced his commitment to Texas Tech on Saturday evening. Smith picked the Red Raiders over Florida, Georgia Tech, Houston, Kansas State, LSU, Oklahoma, and Texas A&M. Chris Beard and his staff are getting a forward who has tremendous athleticism and has a motor. According to 247Sports, McLeod is a three-star prospect, ranked No. 140 nationally, and is the No. 15 player from Texas. He is the eighth commit for Texas Tech’s 2019 class as he joins four-stars Jahmius Ramsey and Terrence Shannon, along with three-stars Clarence Nadolny and Russel Tchewa. Beard also grabbed JUCO standout Thomas. Kevin McCullar and Andrei Savrasov have enrolled already.

LaMelo Ball may spend next season playing in Australia or China