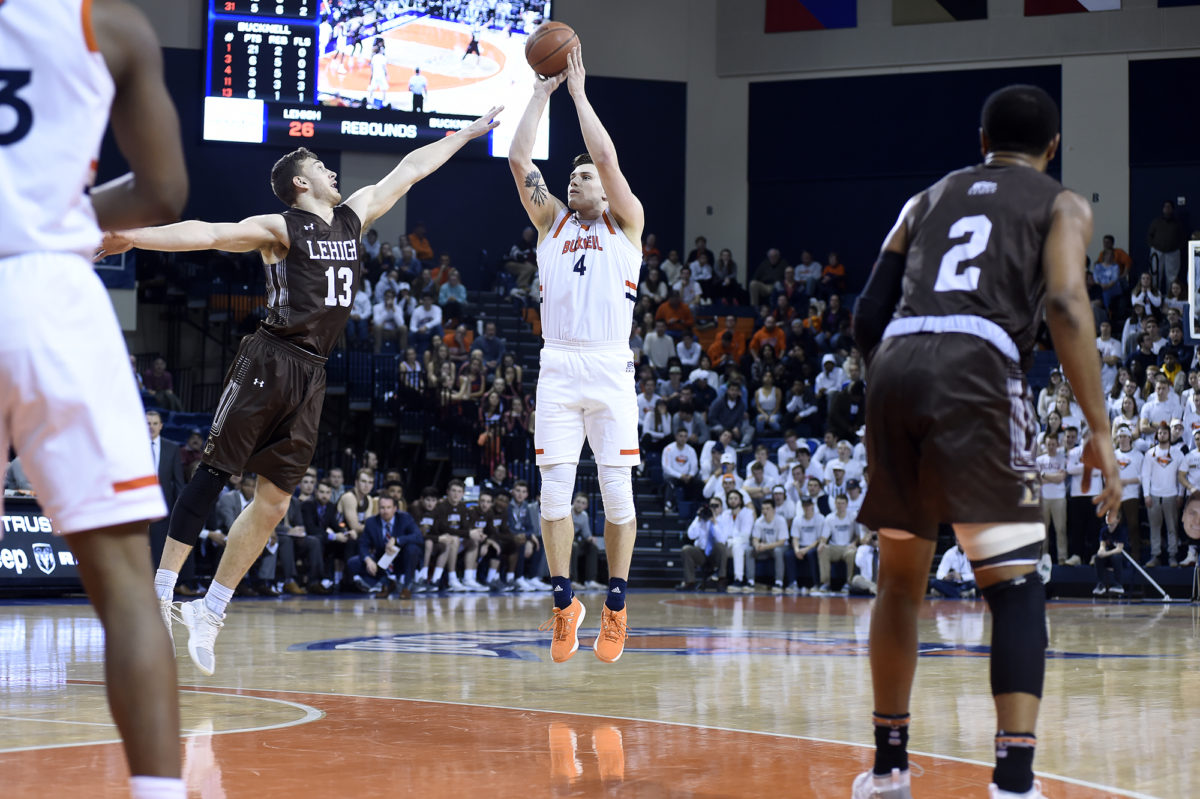 Kentucky officially announced the addition of Bucknell transfer Nate Sestina, who should help offset the frontcourt losses of Reid Travis and P.J. Washington.

The All-Patriot Second Team selection out of Bucknell announced in early April that he would transfer to Kentucky to pursue a graduate degree. He made it official on Thursday by signing with the university.

Under NCAA graduate transfer rules, Sestina will be eligible to play for the Wildcats in the fall after graduating from Bucknell with his undergraduate degree in geography. He will receive a Bachelor of Arts degree in May.

“It’s been an amazing ride from Emporium (Pennsylvania) to Bucknell and everywhere in between, and it’s surreal to think my college basketball career isn’t over yet,” Sestina said. “I’m humbled to get started with Kentucky. I want to thank God, my family, my coaches, my teammates and John Calipari for this opportunity.”

Although not officially a part of the 2019 signing class, Sestina join a group of newcomers that is considered on the top recruiting classes in the country. The difference with Sestina is he will provide the Wildcats with an experienced and proven scorer and rebounder.

The 6-foot-9, 245-pound forward emerged last season as a versatile big man for Bucknell who can impact the game both inside the paint and on the perimeter. In his first season as a starter, Sestina averaged 15.8 points per game, a team-high 8.5 rebounds and 1.1 blocks.

Sestina shot 53.6 percent but did his damage from all over the floor. He made 41 3-pointers in his senior season at a 38.0 percent clip.

“I think everyone knows my stance on graduate transfers. We are only going to take someone if it’s going to help both the kid and our program,” UK head coach John Calipari said. “I’m not going to take someone if they’re not going to have an impact. After seeing what Reid’s (Travis) move did for him this past season and how he helped our program, I told our staff if there are other kids in his situation that could benefit, let’s take a look at them.

“Nate falls into that scenario in that he’s achieved what he set out to do and now wants to take this thing to the next level. I’m excited to get to work with him because he’s where the game is going. He has the ability to play in the post but he can stretch you out, which gives us the ability to play a little different and open things up more. He’s a great kid from a great family who wanted this challenge.”

Sestina ranked sixth in the Patriot League in scoring and second in rebounding. He scored in double figures in 27 of 31 games this season and posted 11 double-doubles. He scored 20 or more points in 10 games last season, including his final two games that led to Patriot League All-Tournament honors.

He scored as many as 32 points against Holy Cross and win Patriot League Player of the Week after averaging 24.5 points and 10.5 rebounds against Army and Boston University. Sestina hauled in double-digit rebounds in 12 games, including three games with 15 or more.

Sestina is a native of Emporium, Pennsylvania, and the youngest of five siblings, two of whom are Marines.