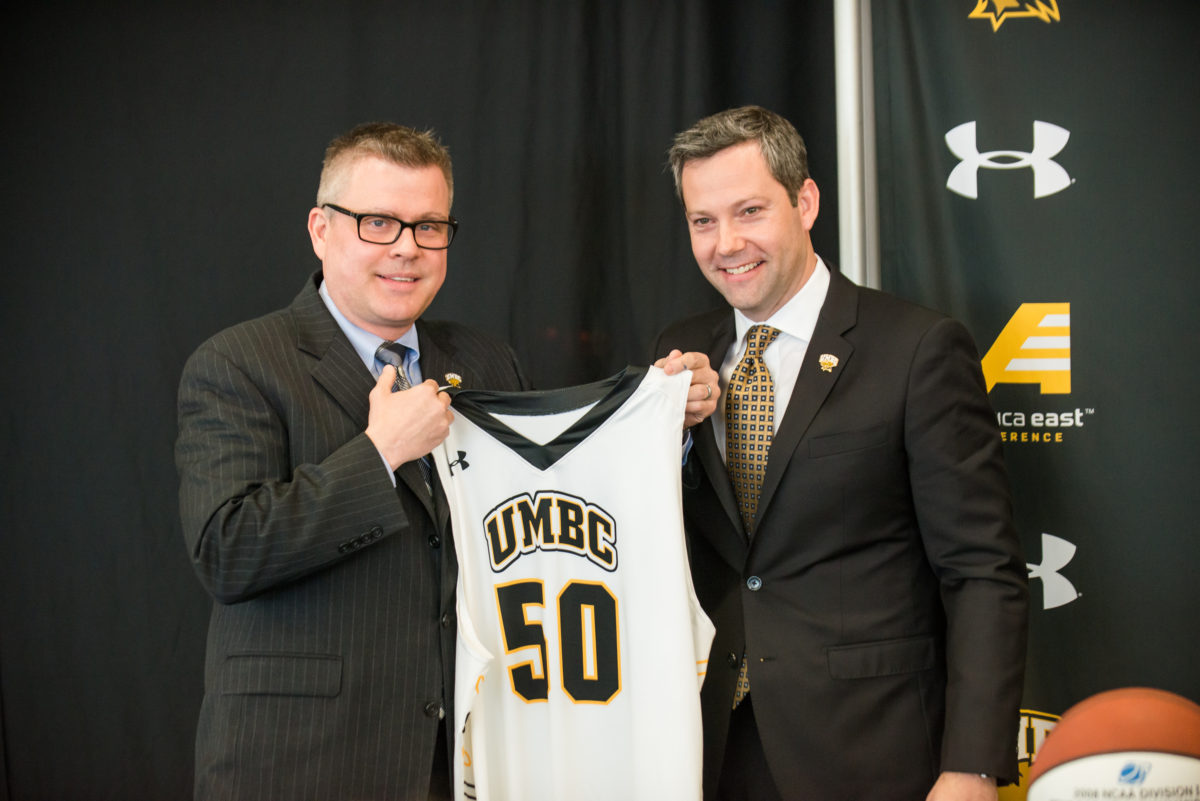 By ADAM ZAGORIA Add UMBC’s Ryan Odom to the list of coaches who have spurned St. John’s. Odom joins a growing list that includes Arizona State’s Bobby Hurley and Loyola Chicago’s Porter Moser. St. John’s asked for permission to speak with Odom, sources said, but UMBC AD Tim Hall Tweeted Wednesday that Odom would be staying at his current school. “Just spoke with @Coachryanodom and I can absolutely dispel any rumors about him being involved in the St. John’s head coach search,” Hall Tweeted. “He is looking forward to seeing you all @UMBCEventCenter for the 2019-20 @UMBC_MBB season. @UMBCAthletics.” Sources said UMBC had already been talking with Odom about another extension following the one he got last year. Odom, 44, is 67-36 (.650) in three years at UMBC and engineered the first-ever win by a 16 seed over a 1 last year when his team toppled Virginia in the first round of the NCAA Tournament. St. John’s is expected to interview Yale coach James Jones on Thursday, while Tulsa coach Frank Haith has also been mentioned as a potential candidate. ZAGSBLOG first reported that St. John’s had reached out to Jones, who is 310-273 (.532) at Yale with two NCAA Tournament appearances. St. John’s parted ways with Chris Mullin on April 9 and is still without a coach. Meantime, influential St. John’s alum Mike Repole went on Mike Francesa’s radio show Wednesday and absolutely torched the leadership at his old school, saying the atmosphere there was “toxic” and that President Bobby Gempesaw and Vice President Joe Oliva both needed to be replaced. “The culture at St. John’s right now is toxic,” he said. “It’s just sad because I love this school. I bleed this school.” Repole said the school should’ve done more financially to lure Hurley, who makes about $2.5 million at Arizona State, and also said St. John’s was the dream job for Iona’s Tim Cluess. (On Thursday, Cluess withdrew his name from consideration.) “He would walk from New Rochelle to Queens tomorrow,” Repole said. “Cluess met with St. John’s, he said the meeting went great, he was telling people his plan for players,” he added. “This is his dream job. At every single level, this guy’s been a winner. Iona’s been to more NCAA Tournaments in the last 20 years than St. John’s.” He added: “This is St. John’s. We have Madison Square Garden. Pay $3-4 million and get yourself a coach that’s going to win.”

If you missed what Mike Repole had to say about St. John’s earlier today on Mike Francesa’s show, here’s a replay.