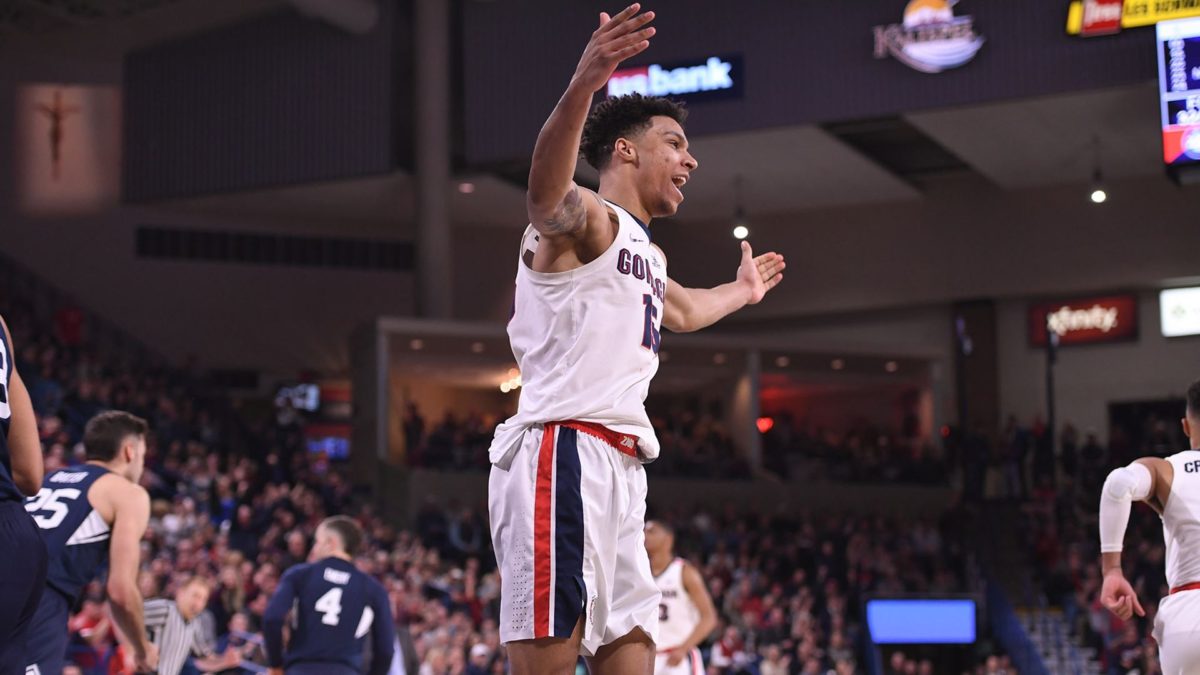 Gonzaga junior forward Brandon Clarke will declare for the 2019 NBA Draft, he announced on Wednesday. Clarke, who averaged 16.9 points and 8.6 rebounds, is projected as the No. 14 pick per ESPN.com. He is one of six Canadians projected to be drafted this year. His teammate Rui Hachimura is projected at No. 18.

News from our guy @brandonclarke23!

Clarke has until May 29 (10 days after the NBA Draft Combine) to make a final decision as to whether he wishes to remain in the draft or return for a redshirt senior season at GU. He was named Wooden All-American, and third team All-American by the Associated Press. “First, I would like to thank my family for their continued support of my basketball career,” Clarke said. “I would also like to thank Coach Few and the entire Gonzaga coaching staff for sharing their knowledge of the game. I transferred to GU to develop my game and learn as much as I could from the top coaching staff in the country. With their help, I am confident in the player I have become and I’m ready for the next step. My teammates, my brothers, I cannot thank them enough. These have been the best two years of my life. Lastly, I want to thank the best fans in the country, Zag Nation. I will always be proud to be a Zag! “With the support from our coaching staff and my family, I have decided to chase my dream of playing in the NBA.” Clarke has not yet determined his final status. As in years past, players can submit paperwork to receive evaluations from the NBA and participate – if invited – in the NBA Draft Combine. At this time, Clarke plans to utilize the current rules in place. The 2019 NBA Draft Combine will take place May 15-19 in Chicago, although it hasn’t been determined yet if Clarke will participate. The 2019 NBA Draft is June 20 at the Barclays Center in Brooklyn, N.Y. Photo: Gonzaga Follow Adam Zagoria on Twitter And Like ZAGS on Facebook