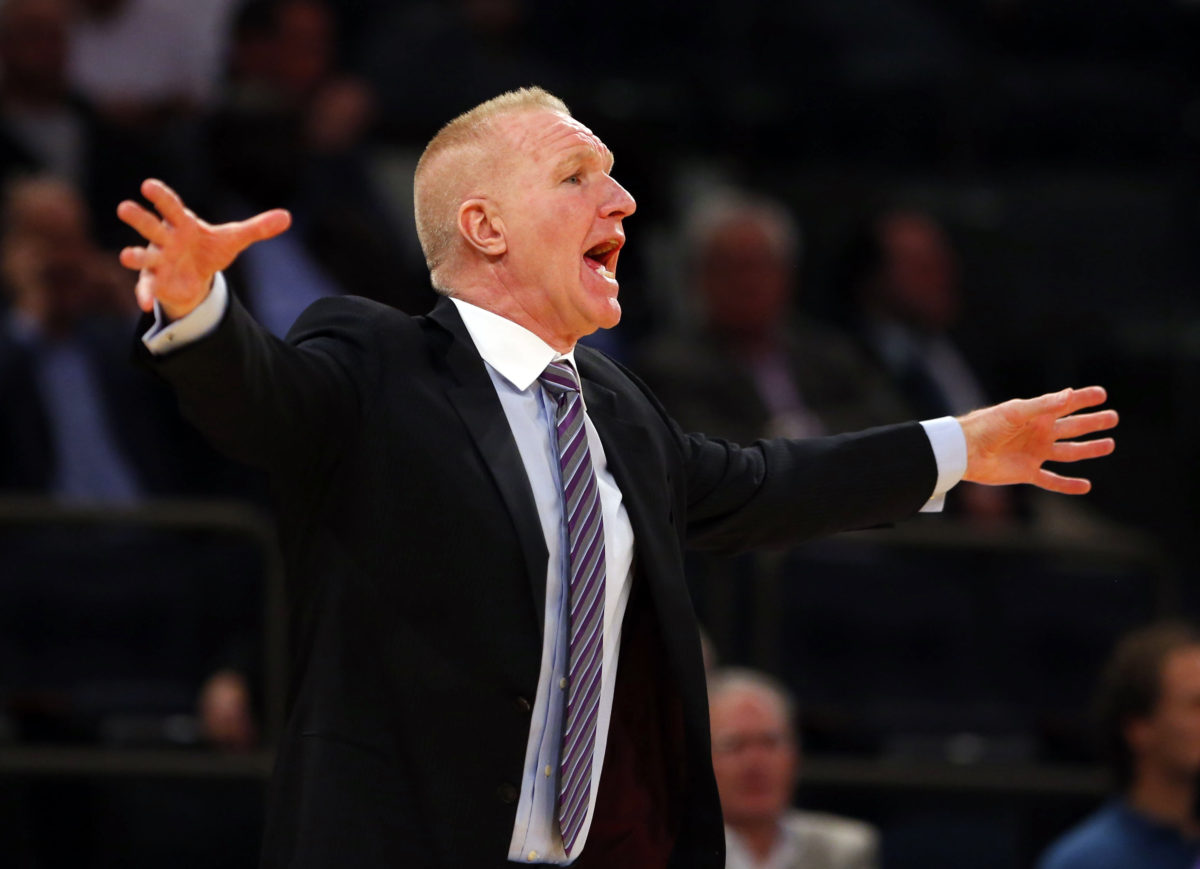 By ADAM ZAGORIA MINNEAPOLIS — After a wild 48 hours filled with rumors about Chris Mullin’s future that spread like wildfire through the college basketball world, St. John’s AD Mike Cragg said Saturday that Mullin is still the head coach. Reports that Mullin would either retire or resign after Cragg did not grant him a contract extension had spread, with one New York radio station even reporting Mullin was done. Mullin has two more years on his current deal which pays him roughly $2 million annually. The school would have to pay him $4 million to buy him out.

“Coach Mullin and I have had several meetings since the end of the season and I would describe those meetings as productive, engaging and positive for the future of St. John’s Basketball and our athletic department as a whole,” he said in a statement.

“Through our open dialogue and active engagement we have had the opportunity to share ideas and reflect on our experiences working together to make St. John’s better. Coach Mullin has been great throughout and I appreciate his passion for St. John’s.

“As I have said from my first day here in October – we all have a lot of work to do and I personally find this ongoing process to be exciting and, ultimately, rewarding for the benefit of our student-athletes, staff, coaches and the entire University.

“Let me be clear and I said from the start, Coach Mullin is our head coach and we are not looking for another head coach.”

Mullin, 55, will have to reshape his coaching staff and his roster after assistant Matt Abdelmassih departed for Nebraska and his old boss Fred Hoiberg and leading scorer Shamorie Ponds declared for the NBA Draft. Also Friday, junior college point guard Cam Mack asked for his release, meaning St. John’s now needs a point guard for next season. The news comes on the same day that it came out that Kevin Willard will remain at Seton Hall and won’t take the Virginia Tech job. Follow Adam Zagoria on Twitter And Like ZAGS on Facebook