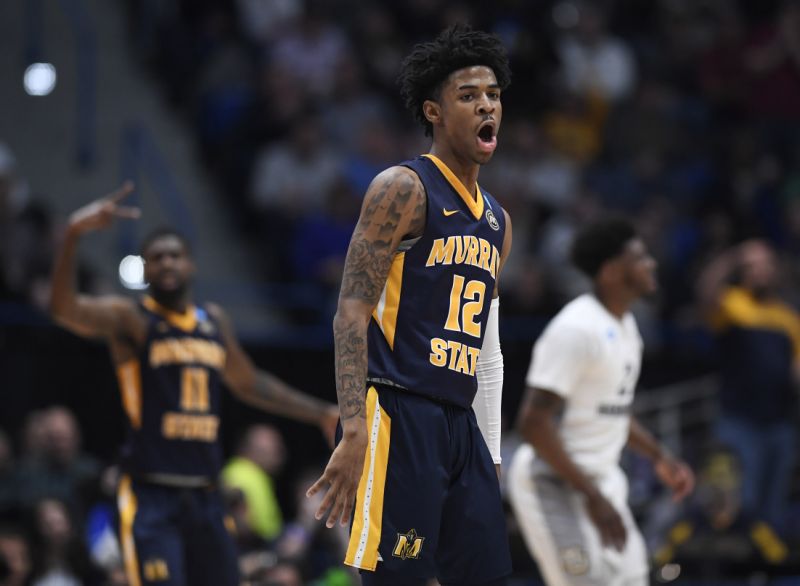 By ADAM ZAGORIA The Ja Morant Era at Murray State is over. The sophomore point guard has declared for the NBA Draft, where he is a projected top-three pick.

The 6-foot-3 Morant averaged 24.5 points, 10.0 assists and 5.7 rebounds while leading the Racers to the second round of the NCAA Tournament. In a first-round blowout of Marquette, Morant finished with 17 points, 16 assists and 12 rebounds, recording the ninth triple-double in NCAA Tournament history. Morant became the first player to post a triple-double in NCAA Tournament play since Draymond Green did it for Michigan State in 2012. “Obviously, I wouldn’t be able to make triple-doubles without my teammates making shots so the credit for this game goes to them,” he said in a TV interview.