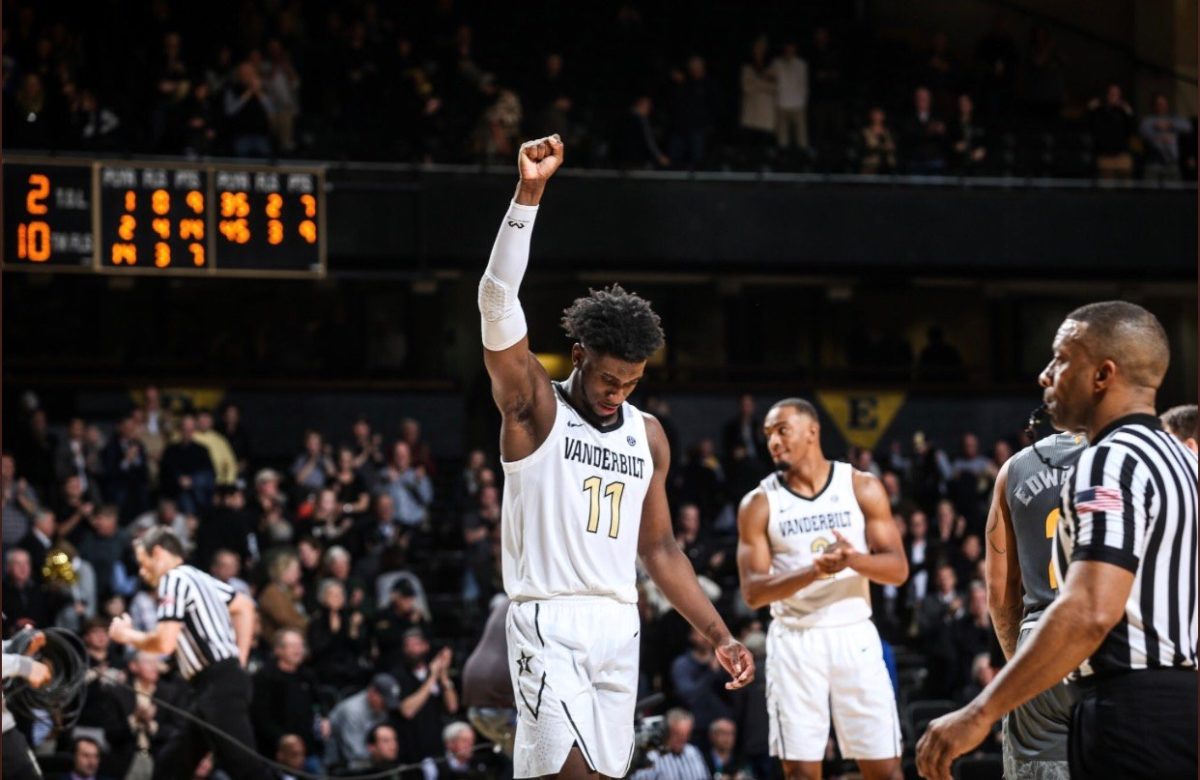 By JACOB POLACHECK Vanderbilt freshman forward Simi Shittu announced his intentions to declare for the 2019 NBA Draft on Wednesday, he announced via Twitter. ESPN was the first to report the news. “After discussing with my family and coaching staff, I have decided to declare for the 2019 NBA draft,” Shittu told ESPN in a text message. “I will test the waters and hire an agent. I fully intend on keeping my name in the draft. For as long as I can remember, my dream was to someday play in the NBA. I’ve been blessed beyond words to be able to pursue that dream with my time here at Vanderbilt. But, now it is time for me to take the next step in that pursuit.” Shittu averaged 10.9 points, 6.7 rebounds, and 1.8 assists per game in 32 games played, before suffering a torn ACL in late January, ending his season. According to ESPN, Shittu is ranked as the No. 81 prospect in the 2019 NBA Draft. Shittu was considered a top-10 prospect coming out of high school and named a McDonald’s All-American. Vanderbilt also saw freshman point guard Darius Garland withdraw from school and enter the NBA Draft in January after suffering a meniscus injury to his left knee. The Commodores are also in need of a new head coach after firing head coach Bryce Drew in March.