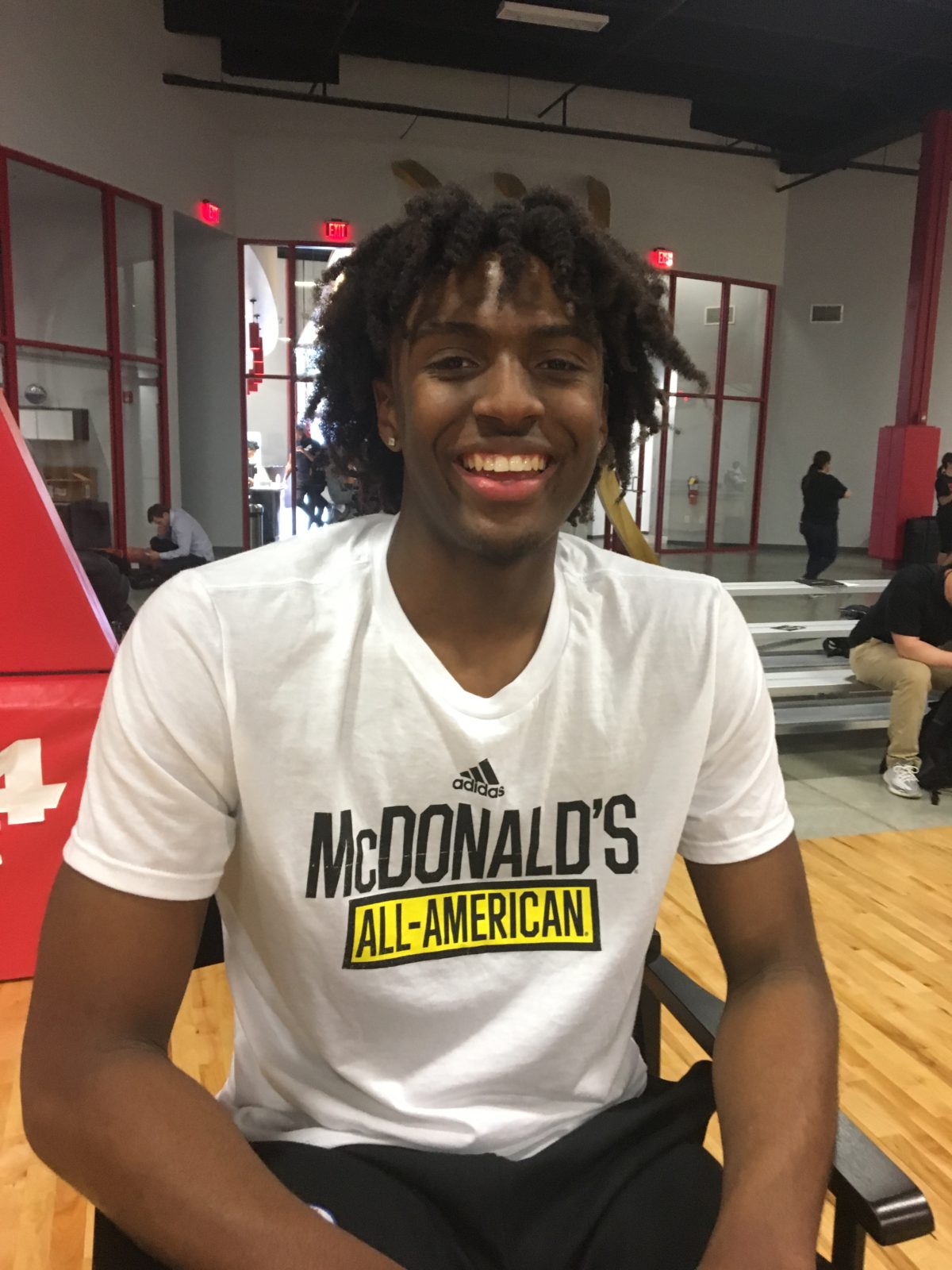 By JACOB POLACHECK CHAMBLEE, Ga. – The Kentucky Wildcats may already have the No. 2 ranked recruiting class in 2019, but they aren’t done yet. Current commits and McDonald’s All-Americans Kahlil Whitney and Tyrese Maxey spoke Tuesday about their efforts to recruit uncommitted All-Americans such as Matthew Hurt and Jaden McDaniels. “I’ve been talking to Matthew Hurt, messing with him,” Maxey said at Media Day ahead of Wednesday’s McDonald’s All-American Game (7 p.m., ESPN2). “He’s on my team, so every time I get the chance I’ll mess with him. I want him to come to Kentucky and I want him to help us win a national championship.” Hurt told FloHoops Monday that he plans to announce his commitment on April 19. He is considering an elite group of schools that include Duke, North Carolina, Kentucky, Kansas, Memphis and Minnesota. Whitney and Maxey have also been in the ears of uncommitted five-star forward Jaden McDaniels, who has a final five of Kentucky, Washington, Texas, San Diego State, and UCLA. “I talked to him a little bit,” said Maxey. “He’s a very quiet guy so I tried to give him space. I don’t want to bug anyone about recruiting. I know how tough it is as a decision. I’ll hit him every now and then and say ‘BBN’ or whatever.” McDaniels confirmed he’s being recruited by his fellow McDonald’s All-Americans. “Every once in a while, there will be guys recruiting,” he said. “Tyrese and Kahlil will tell me about Kentucky. Washington commit Isaiah [Stewart] will throw up the W. It’s all fun though.” McDaniels has no time frame on an announcement. “I don’t have a specific day or month, but whenever the time is right and I feel like I should commit,” he said, “then I’ll make my decision.” **Stay tuned for the upcoming documentary ‘Year of the Dragon,” chronicling Kahlil Whitney’s senior season at Roselle (NJ) Catholic.

Villanova commit Bryan Antoine: 'We're going to be something special to watch'