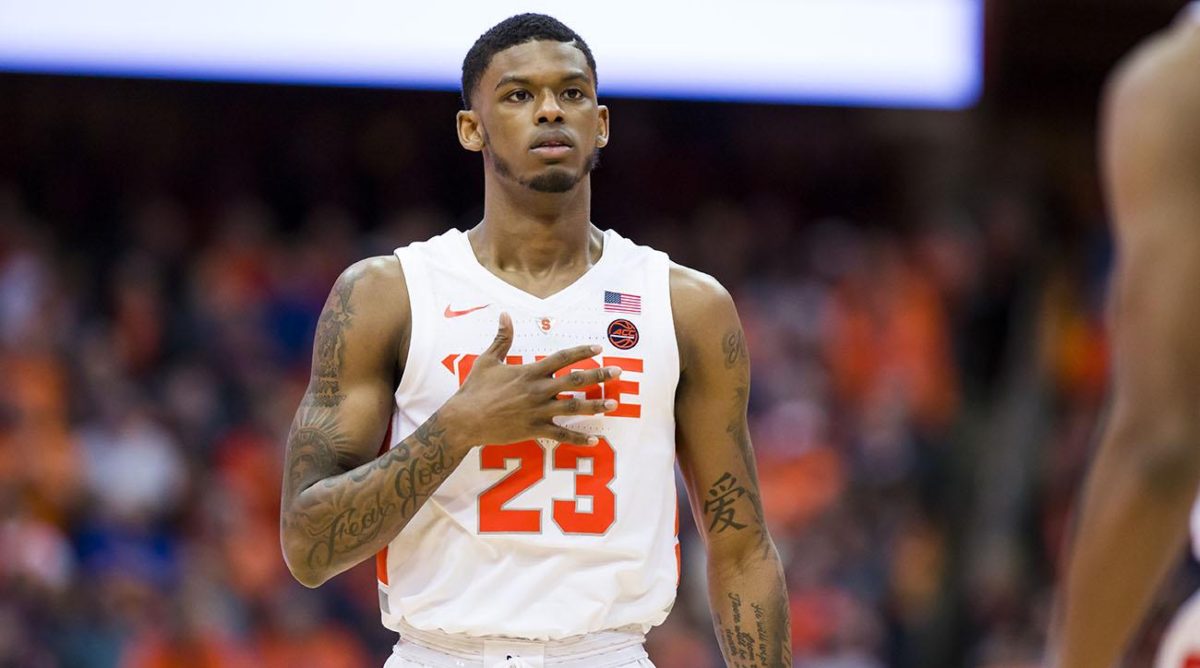 “Syracuse University men’s basketball student-athlete Frank Howard will not play in the NCAA Tournament for an indefinite period of time due to violation of athletic department policy,” the school announced.

The suspension comes just one day prior to Syracuse’s matchup against Baylor on Thursday in the first round of the NCAA Tournament. The length of his suspension is not known at this time. Howard has averaged 8.9 points and team-highs of 2.9 assists and 1.5 steals in 29 games this season as Syracuse’s starting point guard. He played especially well in the ACC Tournament last week, averaging 23 points per game, including a career-high 28 points against Duke in the quarterfinals. Follow Jacob on Twitter Follow Adam Zagoria on Twitter And Like ZAGS on Facebook