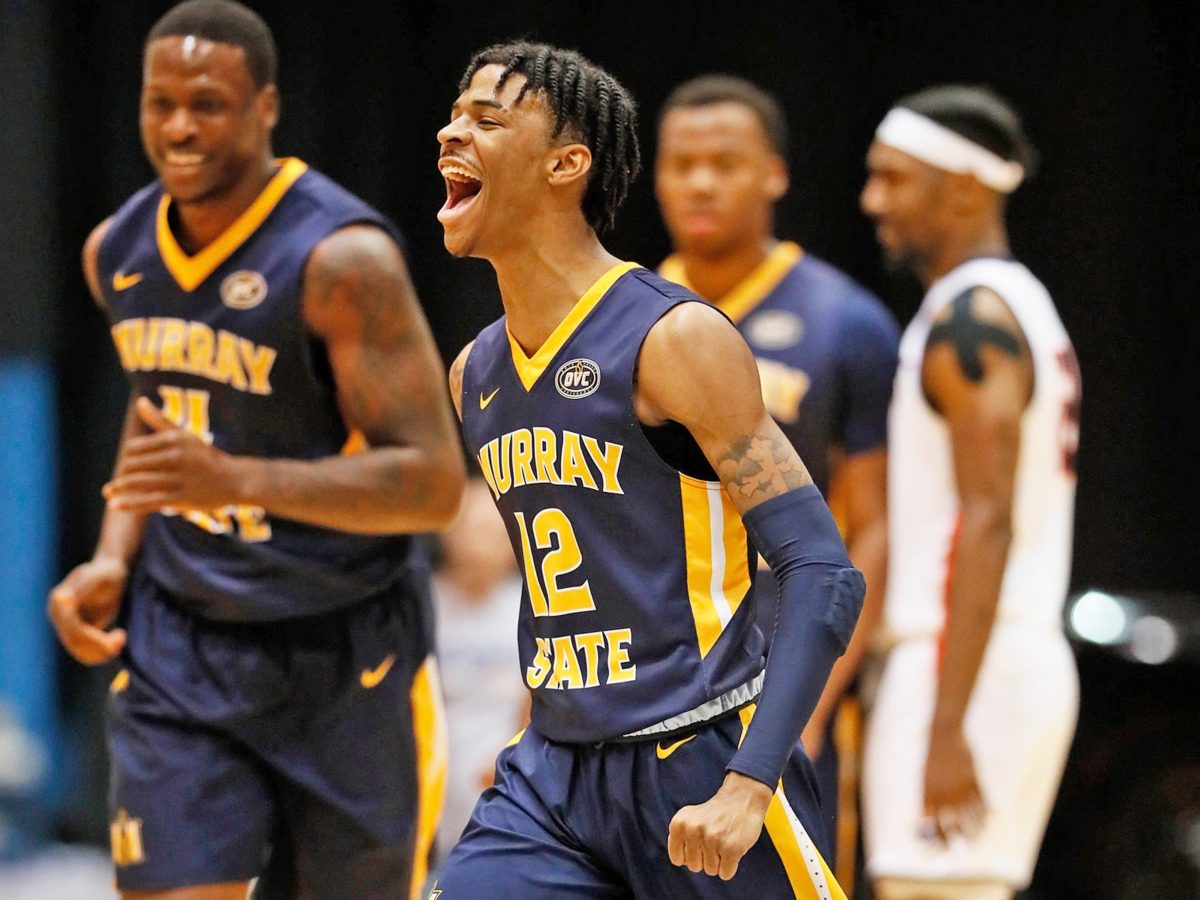 By RYAN McMULLEN Ja Morant and Murray State earned their way to the NCAA Tournament after taking Belmont down in the Ohio Valley Conference championship. Morant carried the Racers on Saturday as he totaled for 36 points, 7 rebounds, and dished out 3 assists. Tevin Brown had an efficient outing as he finished with 12 points and 9 boards. Throughout this season, Morant’s athleticism and playmaking ability sparked national attention. He won OVC Player of the Year honors behind averaging 24.6 points, 10.0 assists, and 5.5 rebounds. According to ESPN, Morant is projected as the third pick in the draft behind the Duke freshmen-tandem of Zion Williamson and RJ Barrett.

We all get to see Ja Morant in the Big Dance so we got that going for us, which is nice. pic.twitter.com/CeRghZiUyZ

Where is Ja Morant on YOUR NBA Draft Big Board?