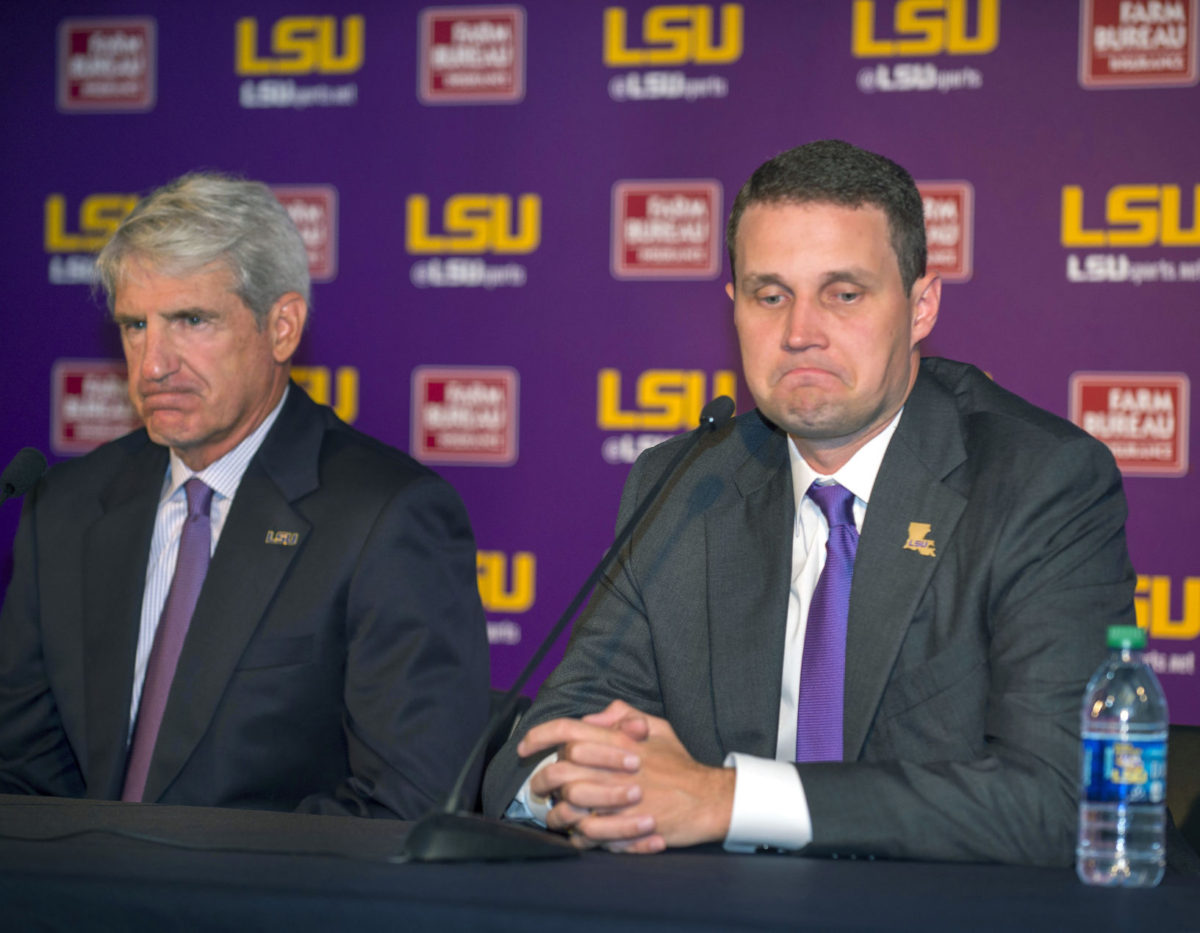 By ADAM ZAGORIA LSU coach Will Wade is now trending on Twitter under, “Will Wade. American Gangster.” Jon Rothstein Tweeted the phrase Wednesday, and a day later Yahoo released its latest report linking Wade to a wiretap discussion regarding payments to a recruit with would-be-sports agent Christian Dawkins.  Wade refers to this “Smart thing,” would could be a reference to current LSU freshman guard Javonte Smart.

Speaking with reporters Thursday, Wade declined comment several times and said he would have to look into the report. He said Yahoo contacted him for comment about 20 minutes before the story broke.

LSU head coach Will Wade was talking to fans today at a luncheon when the Yahoo Sports report broke regarding further phone calls with Chris Dawkins that the FBI is investigating. We spoke with him immediately after and here’s what he said. #LSU pic.twitter.com/b0vZ003wNi

On Monday in New York, Dawkins was sentenced to six months in jail after he was convicted last fall of wire fraud and conspiracy to commit wire fraud in the Adidas trial. He and his co-defendants, Jim Gatto and Merl Code, are appealing the sentencing and won’t go to jail until the appeal is finished. Dawkins and Code are due back in court on federal bribery charges on April 22, and Wade and Arizona coach Sean Miller have been subpoened for that trial. Steve Haney, Dawkins’ attorney, said Monday that more coaches are expected to testify then. “As many as I can get in the courtroom,” he said when I asked how many coaches might testify. “In the second trial, we’re going to pull back the curtain.” Wade was also the subject of a phone call the defense tried to enter into evidence during the Adidas basketball trial. On that call, Wade tells Dawkins “that he can get him what he needs, meaning money, if a high school player in Florida, Balsa Koprivica, agrees to play for LSU,” defense attorney Casey Donnelly argued. ”We think is indicative of — we think it’s relevant to Mr. Dawkins’ intent and his belief that he was not hurting these universities, but in fact, based on his understanding of Division I coaches, was giving them what they wanted.” Koprivica is a Class of 2019 recruit from Serbia who plays at Montverde Academy and later committed to Florida State. Donnelly says the call starts with Dawkins telling Wade “so you said to me in Atlanta there was a 2019 kid I wanted to recruit, they can get him to LSU, you would have funded. Would you want Balsa? “Then Mr. Wade says: ‘Oh, the big kid?’ Because Balsa is a real big, tall kid. And Christian confirms. Then Coach Wade says, and excuse my language: ‘OK. But there’s other (expletive) involved in it.’ Then he says, ‘I have got to shut my door.’” Before Kaplan denied the call entered into evidence, Haney said: “This is evidence … where the head basketball coach — not a low-level assistant — the head basketball coach of a major university is actually talking with my client about the very things that this case is about.” Follow Adam Zagoria on Twitter And like ZAGS on Facebook